CARTERSVILLE, Ga. - Police have arrested a Cartersville man who they say broke into dozens of cars in the city, stealing everything from laptops to purses. 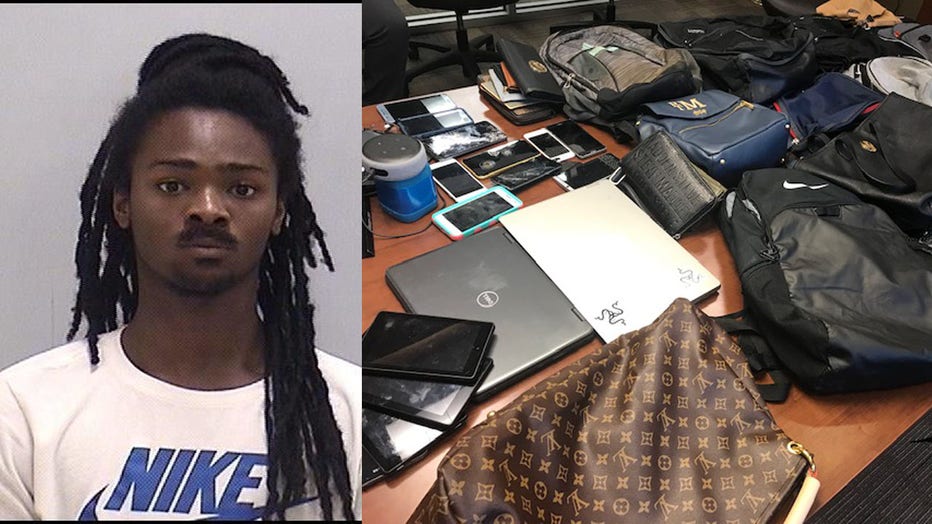 Officers say they arrested Tavion Lakail Carter on Tuesday after they connected him to dozens of entering auto thefts that occurred throughout the city over the recent months.

Police shared photos of just some of the items Carter is accused of stealing. On the table, were are countless purses, backpacks, two laptops, multiple tablets, and at least 10 phones.

Carter is now charged with multiple counts of entering auto, theft by receiving stolen property, possession of a firearm by a convicted felon, and other charges connected to the theft.

He is custody at the Bartow County Jail.

The investigation is still ongoing with more charges pending.