GAINESVILLE, Ga. - Officers have arrested a Gainesville man and woman after an investigation into marijuana trafficking in Hall County. 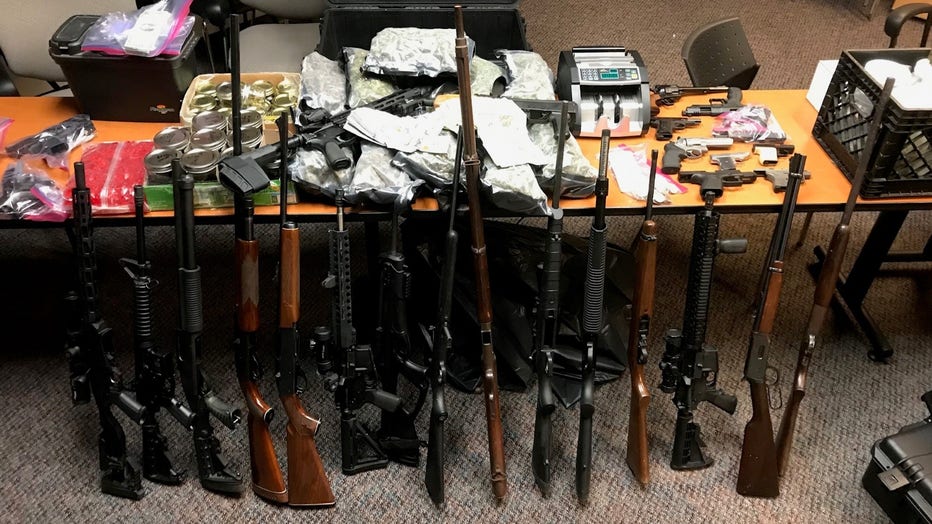 Police say they found over 30 firearms in the Gainesville home.

The MANS Task Force says officers arrested 38-year-old Joshua Rairigh Shultz and Jamie Schulz during a search of their home on the 3000 block of Red Bird Circle.

During the search of the property, officers say they found over 18 pounds of marijuana, as well as hashish, more than 28 grams of THC and extracted oils, bags of THC-infused candy, Psilocybin mushrooms, cocaine, digital scales, a money counting machine, packing materials, ledgers, drug-related paraphernalia and over $10,000.

The search also uncovered 30 firearms, one of which had its serial numbers ground off, a bullet-proof vest, and a large amount of ammunition.

In total, police estimated the approximate street value of the seized narcotics was more than $80,000.

The pair of suspects were booked into the Hall County Jail on charges from over 50 warrants. No other arrests are expected in the investigation.