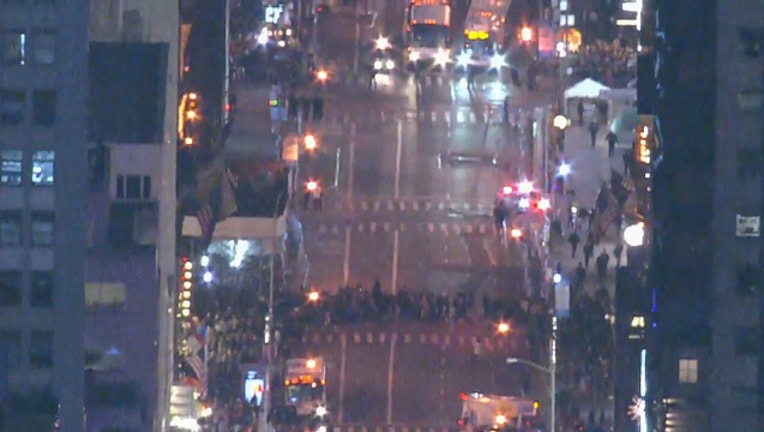 NEW YORK - Police hastily cleared the lobby of Trump Tower on Tuesday to investigate an unattended backpack, only to find that the bag contained children's toys.

Video taken by a bystander and posted on Twitter showed people running through the lobby for the exits.

New York Police Department spokesman Stephen Davis said the backpack was found near the entrance to a Niketown store in the building. The bomb squad checked out the package and gave an "all clear" just after 5 p.m.

President-elect Donald Trump lives in the tower and has his offices there, though he was at his Mar-a-Lago estate in Florida at the time.

"We were evacuated very quickly. It was hysteria," said Andy Martin, a 16-year-old from the New York City suburb of Huntington who was in Manhattan with family. "Police were shouting and telling people to leave."