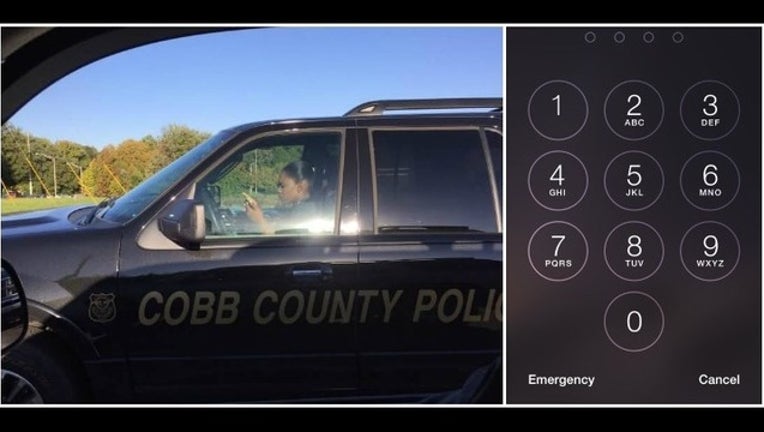 ATLANTA - Many of our FOX 5 viewers have reached out on social media about a photo of a Cobb County officer allegedly texting and driving.

The person who took the photo wanted to remain anonymous, but asked a friend to contact FOX 5.

The photo shows a female driver in a black Cobb County SUV glancing down at her cell phone.

FOX 5 reached out to Cobb Police for a statement.

According to Public Information Officer Sgt. Dana Pierce, their department also received e-mails about the picture. He tells us that the woman in the photo is a civilian employee driving a marked police vehicle.

“The SUV was not moving at the time,” explained Sgt. Pierce. “One can see from the background in the photo and no hands on the wheel.”

Sgt. Pierce said that the Crime Scene Technician does use the GPS on her phone when stopped to find locations she is directed to go.

Feel free to share your thoughts on our page.