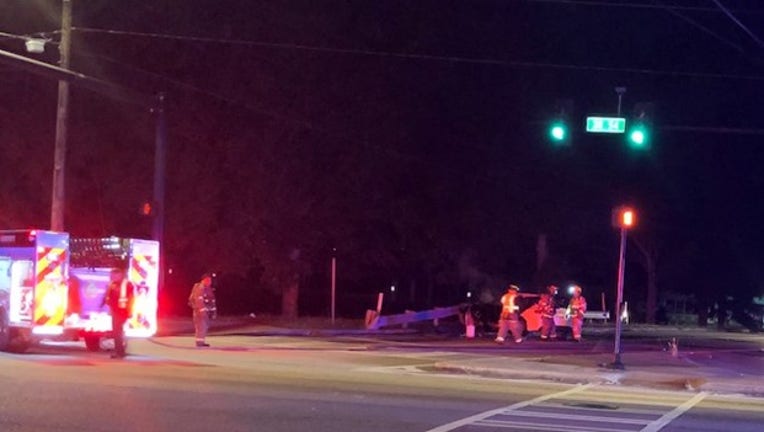 CLAYTON COUNTY, Ga. - At least one person is on the run after a police chase involving a stolen car in Clayton County ended with a flaming crash.

The Clayton County police tell FOX 5 an officer spotted a stolen white Chrysler sedan with six people in it that matched the description of a recent robbery in the Morrow area.

When the officer tried to get the car to stop, the driver hit the gas instead, leading police on a chase down Jonesboro Road.

The chase ended when the driver crashed the car into a guard rail at the intersection of SR 54 and Hule Road and the car caught on fire.

The occupants of the car bailed out and officers were able to arrest five of them.

No one was seriously hurt in the crash.

Officials have not released a description of the suspect who is still on the run.