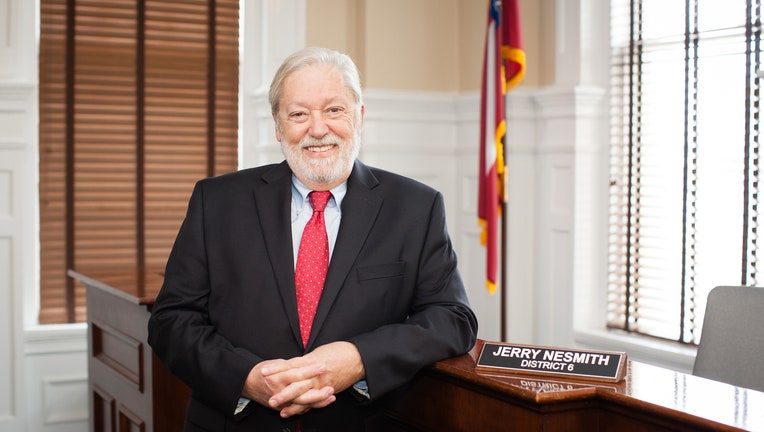 Jerry NeSmith, 71, who has served on the commission since 2013, was found dead in the 200 block of Deer Hill Drive, police said.

Investigators said the preliminary cause of death is accidental, but did not release further details. The Athens-Clarke County Police Department and the coroner are investigating.

“We are heartbroken to learn of Commissioner NeSmith’s tragic passing,” Mayor Kelly Girtz wrote in a statement to FOX 5. “Jerry was a fierce advocate for the businesses and residents of his district, the Westside of Athens, the Athens Farmers Market, Advantage Behavioral Health Systems, the Greenway, and the Atlanta Highway corridor. His passion and energy will be sorely missed in this community. Our condolences go out to his friends and family during this unbelievably difficult time.”

He is survived by his wife of more than 50 years, Farol and their two adult children, Jason and Noel, and their spouses, and three grandchildren.