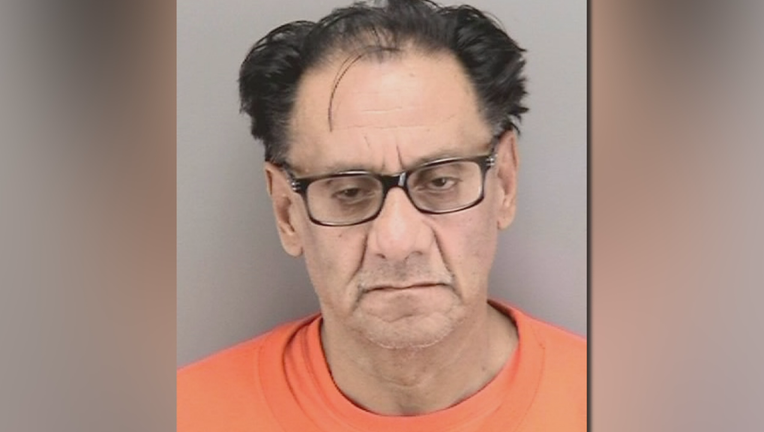 SAN FRANCISCO - San Francisco police have arrested a man they have dubbed the "wedding crasher," because they say he attended many weddings and took purses, laptops, cellphones, wallets and credit cards.

Police first spotted Mario Hernandez, 58, of California in the bathroom at the San Francisco Airport Police on Nov. 22 about 10:30 p.m.

In a news release, police said they recognized him from a crime bulletin released by SFPD investigators.

Police said Hernandez has been fingered as a suspect in numerous thefts that have occurred in the Bay Area and Los Angeles area since August of 2018.  Police said he not only attended several weddings, but he also seemed to travel frequently.

Hernandez has arrest warrants in San Francisco, Los Angeles and Nevada and has been arrested under 21 different aliases since 1980.  The most recent known aliases are Pedro Barcazar, Luis Amezquita-Torres and Pedro Ojeda.

Hernandez was booked at the Maguire Correctional Facility in Redwood City on two counts of 2nd degree burglary, four counts of grand theft and for outstanding warrants. Efforts to determine if he had an attorney were not immediately successful.