A nationwide manhunt for a Baltimore murder suspect ended in Sandy Springs where the man killed himself during a SWAT standoff. The suspect was wanted for his alleged involvement in 40 murders and attempted murders in the Baltimore area.

SANDY SPRINGS, Ga. - A gunman who took at least three hostages and barricaded themselves inside an apartment in Sandy Springs Tuesday died from an apparent self-inflicted gunshot, according to police.

No hostages or law enforcement personnel were injured, officials said.

Sgt. Salvador Ortega with the Sandy Springs Police Department said U.S. Marshals called for assistance after they were shot at by a resident while serving a warrant.

Police said the shooter barricaded themselves inside a building at an Arium apartment complex on Spring Creek Lane. 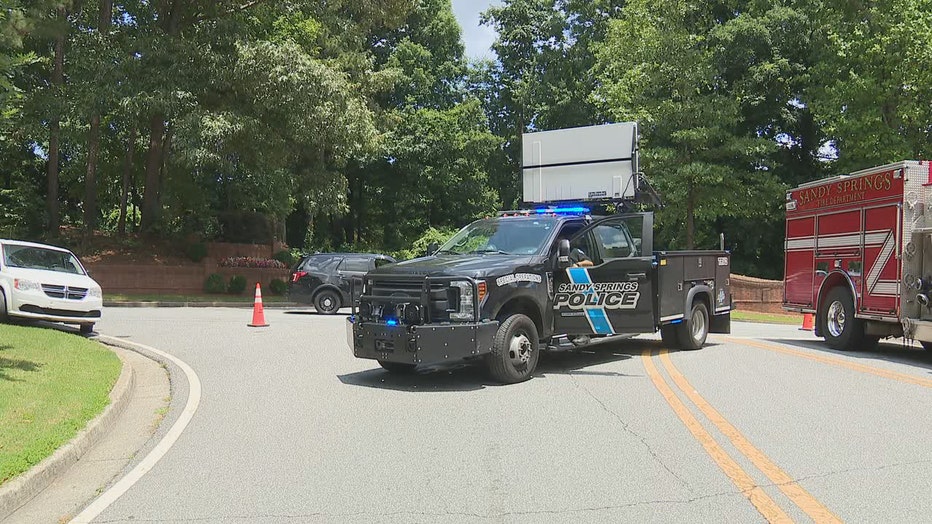 U.S. Marshals told FOX 5 Atlanta the gunman was Gary Creek, an alleged gang founder wanted in connection to more than 40 murders and attempted murders in Baltimore.

The Bureau of Alcohol, Tobacco and Firearms' Baltimore office issued a $10,000 reward for information leading to his arrest.

Officials considered him armed and dangerous. 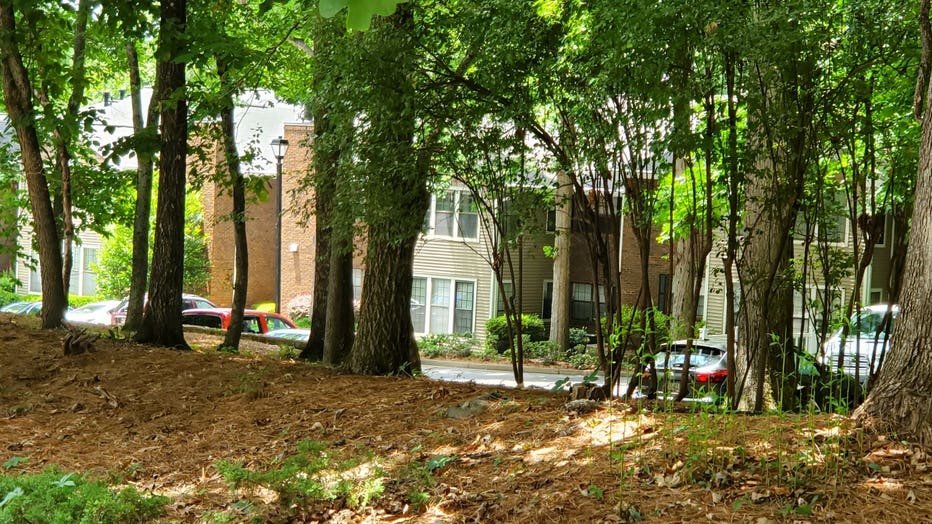 Sandy Springs police said to avoid the area between Adair Lane and Grogans Ferry Road on Spring Creek lane where a person who shot a gun is barricaded inside an apartment. (Photo: FOX 5 Atlanta/Thomas Bradley)

Police evacuated several buildings as a precaution and closed roads. Police are now working to re-open Adair Lane as they clear the scene.

Police said negotiators attempted to talk to the gunman and a SWAT team responded to the scene.

Police and the suspect were negotiating for several hours.

After clearing the apartment, police said they found the body of the gunman with an apparent self-inflicted gunshot wound. 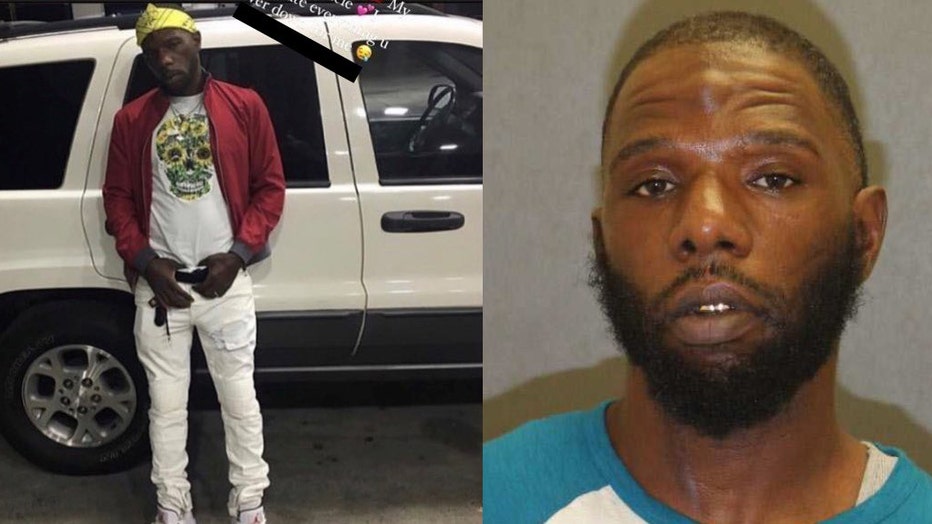 Neighbor Alyssa Musser said she was sitting on a patio nearby when they heard gunshots. She found out about the gunman on Twitter.

She said she was leaving for work on Tuesday when law enforcement told her and several others to turn around and take shelter.

"Scared, very, very scared," she said. "I will be going back to my house after this." 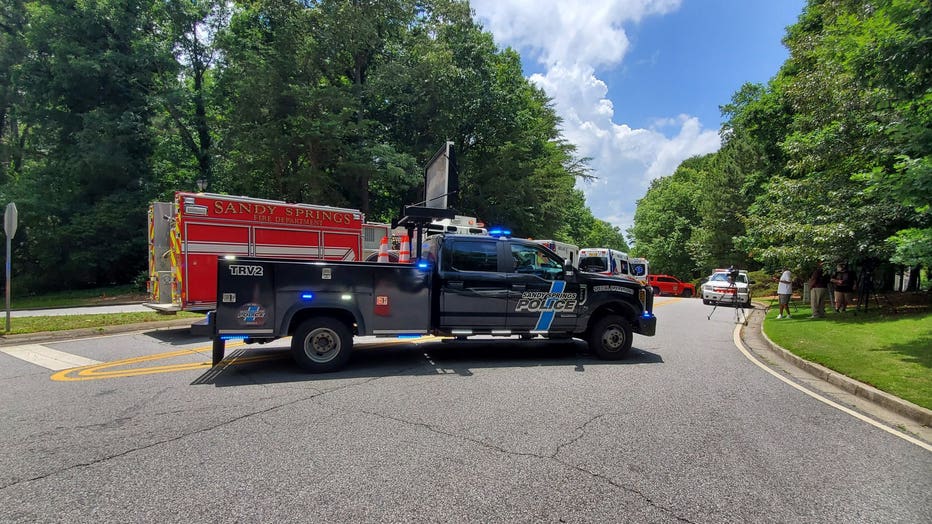 Sandy Springs police said to avoid the area between Adair Lane and Grogans Ferry Road where a person who shot a gun is barricaded inside an apartment. (Photo: FOX 5 Atlanta/Thomas Bradley)