ATLANTA - Three teenagers were recovering after being shot during a brawl at a gas station located in Atlanta's Old Fourth Ward late Monday night.

Officers responded shortly after 10:40 p.m. to the BP gas station along Boulevard in northeast Atlanta. The victims took themselves to Atlanta Medical Center, which is located right across the street.

All three are expected to survive. 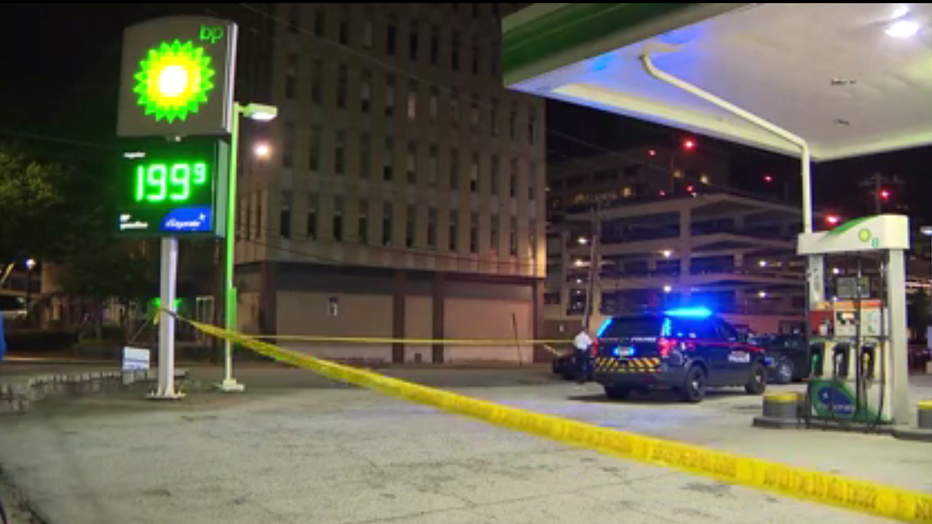 Police said the dispute began during a block party, that took place up the street. The fight was over a feud on Instagram, according to the police. Investigators said the two groups of young women involved in the fight all know each other and apparently they went to the gas station to settle things.

Police said at least eight women, with four on each side, were throwing punches. That's when someone pulled a gun and started firing.

Old Fourth Ward resident Jeffery Hardy showed FOX 5's Aungelique Proctor a trail of blood from Monday Night's shooting in the parking lot of the gas station. Hardy said he is homeless and lives on the street. He saw the eight teenage girl Atlanta police described. He said they first walked around, then got in an argument.

"I saw some young ladies. They were dressed really well, then I heard commotion like they were tussling. Finally, I heard about 10 to 12 shots. Whoever did the shooting. I think they were really trying to kill the person, or they had great intentions,” Hardy said.  “They didn't look like the type that should have been here, out and about at that time of night anyway. They should have been in the house trying to further their education."

Detectives collected ballistic evidence from the scene and said they have good surveillance video of the melee, but have not made that video available to the public.

Police haven't released information about the suspect but said a male fled the scene in a silver or gray Nissan truck.