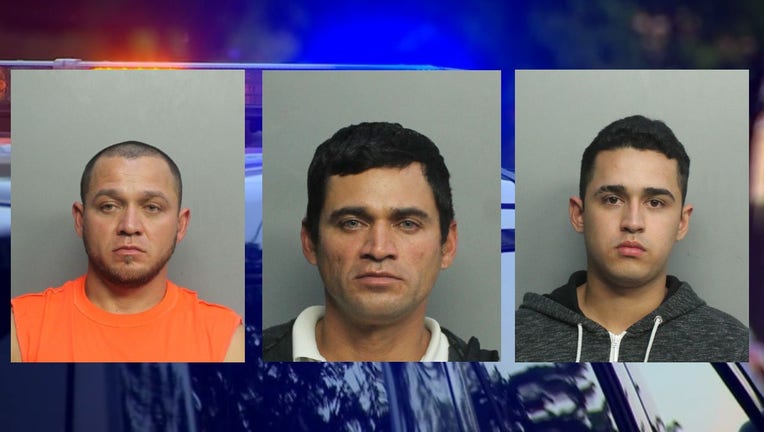 ROSWELL, Ga. - Detectives have arrested three suspects connected with a deadly stabbing during a fight outside a Roswell bar.

Officials tell FOX 5 the investigation began with a call about a group of people fighting near a bar on the 1,000 block of Holcomb Bridge Road. When officers got to the scene, everyone was gone.

Around half an hour later, officers were told that 40-year-old Rigoberto Corea arrived at a nearby hospital with stabbing wounds connected to the fight. Despite doctors trying to help, he was not able to survive.

During their investigation, detectives identified a suspect as 22-year-old Sergio Alvarado, who they say knew the victim. The stabbing "appears to stem from an attempted personal robbery," police said.

All three men are held at the Miami-Dade County Jail on charges of murder and awaiting extradition back to Georgia.