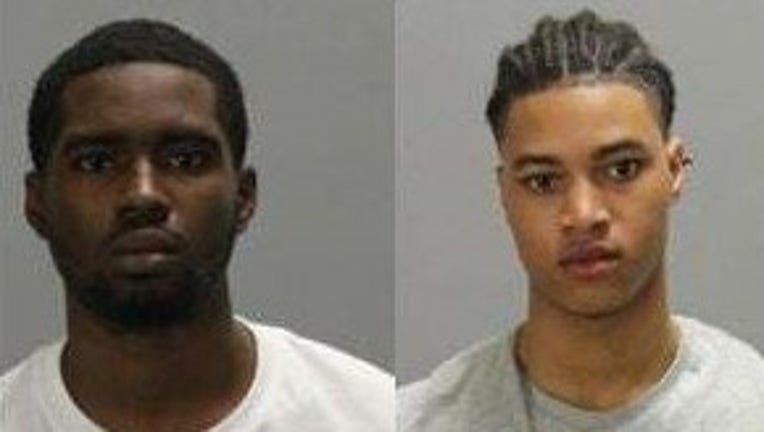 Officials say they began the investigation on the morning of June 2 when they were called to a store on the 6000 block of Tara Boulevard.

The complainant said that earlier that day one of two men tried to buy a firearm using two different names.

According to the caller, Justice Fall filled out an application, ripped it up, and asked for another application. When the witness compared the newly completed application and the ripped one, they discovered the names of each were different.

After receiving this information, officers met the two men, later identified as Fall and Anthony Weaver Jr. at the location.

When asked about the different names, officers say Fall told them that he "accidentally wrote his cousin's name on the application because he was purchasing the weapon for him." Weaver said that he was "not old enough to purchase the weapon for himself" and that he left his ID at home.

The officers asked Fall his name and say he gave them a driver's license that was later discovered to be counterfeit.

To make things more confusing, officials say Weaver gave officers Fall's name and date of birth instead of his own.

During continued questioning, officers were able to get Fall to tell them his real name and give them Weaver's identification.

Both men have now been taken into custody. Fall is charged with first-degree forgery and identity fraud related to manufacturing, selling, or distributing false identification documents. Weaver is charged with giving officers a false name and date of birth.

Officers say the investigation remains ongoing as they try to find other victims who may have had their identities stolen by the two men.