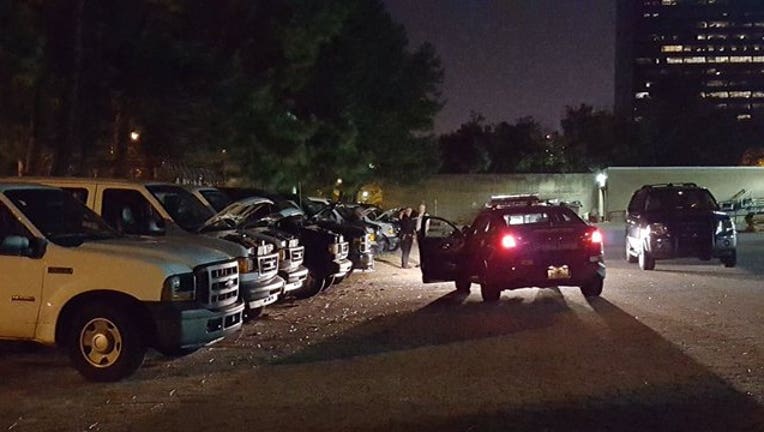 Authorities are searching for whoever smashed the windows and stole the batteries from 13 city of Atlanta vehicles.

The cars were parked outside the Atlanta Civic Center off Piedmont Avenue when the break-ins happened late Monday night.

According to investigators, a security guard noticed a hood was up on one vehicle and then saw that the window was smashed and the battery was gone. That's when the security guard went around the parking lot and saw more vehicles broken into.

Atlanta police told FOX 5 they are looking into possible surveillance video as officers remain on scene looking for any evidence.