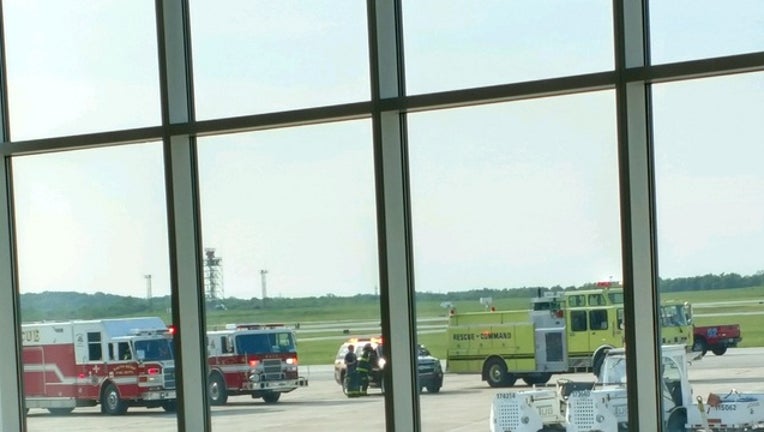 A shot of the emergency response at South Bend's airport after a plane to Atlanta was forced to turn around.

SOUTH BEND, Ind. - A flight from South Bend, Indiana to Atlanta was forced to turn around about 45 minutes into its flight.

SkyWest flight 4647, operating as Delta Connection from South Bend to Atlanta, took off from South Bend International Airport just before 5 p.m. local time. The plane turned around near Kokomo and circled around a few times just north of the airport before landing safely. The passengers deplaned at the gate. No injuries were reported.

A spokesperson for SkyWest said the plane had a mechanical indication causing the flight to turn around.

A passenger on the flight told FOX 5 News about a dozen fire trucks met the plane on the ground.

Another plane was brought in and took off a couple hours later.