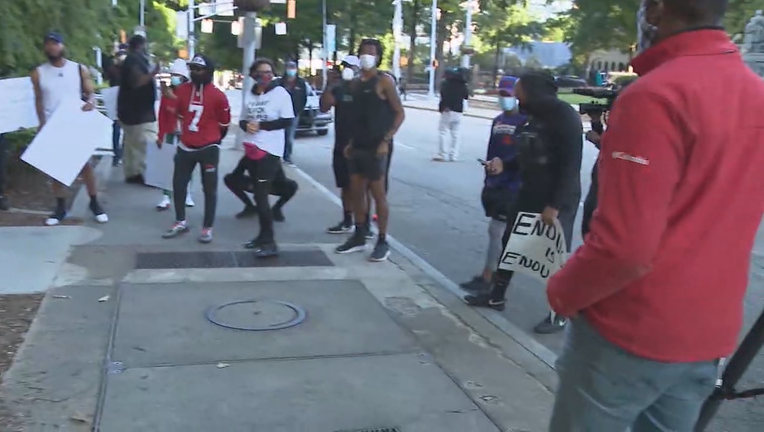 Protesters gathered in downtown Atlanta calling for justice in the death of 25-year-old Ahmaud Arbery on May, 6, 2020. (FOX 5)

BRUNSWICK, Ga. - The parents of a Glynn County jogger who was shot and killed have asked for justice and the arrests of the men who were involved in the shooting.

Ahmaud Arbery, who is black, was unarmed and exercising when he was shot and killed by two white men while jogging back on February 23 in Glynn County, Georgia.

For two months the 25-year-old jogger's mother, Wanda Cooper Jones said no one would listen to her story.

Jones and Arbery's father, Marcus Arbery Sr., joined famed attorneys Ben Crump and Lee Merritt in a virtual news conference Wednesday where the group demanded that the three men who they say were involved be arrested.

"It is a crime of murder. The people who participated are considered accomplices to that murder. We have heard the excuse that the Georgia Supreme Court has suspended the grand jury because of the coronavirus and an arrest cannot be made. We reject that," attorney Merritt insisted.

Ahmaud's mother described him as a humble young man with strong manners who was doing nothing more than exercising. She talked about how she said local police misled her and claimed Ahmaud was involved in a burglary, which she said wasn't true.

"If it had been me and my son who went after McMichael's son. We would have been arrested on the spot," a frustrated Mr. Aubery Sr. said. "It has been two months and now a third prosecutor with no arrests."

More protests are organizing across the country as these high profile attorneys are asking the Georgia Bureau of Investigations and the U.S. Department of Justice to get involved. 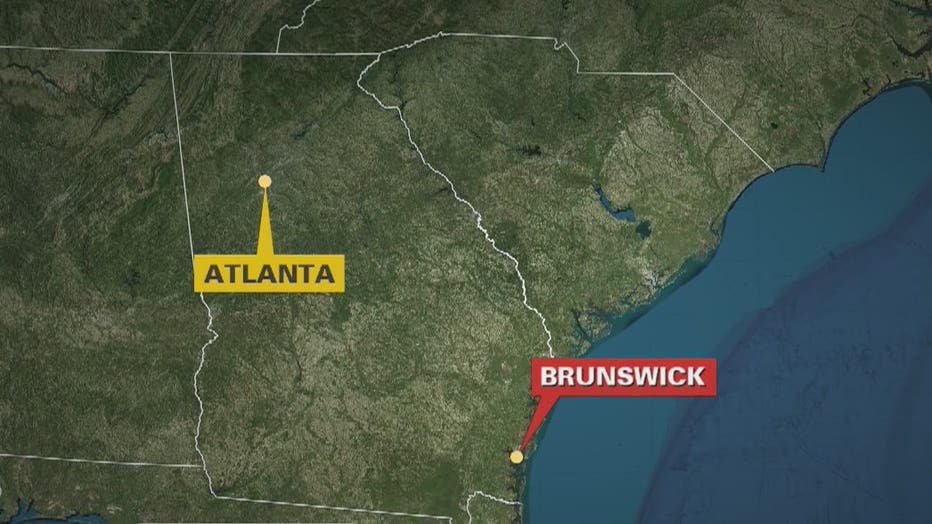 A group of protestors gathered in downtown Atlanta Wednesday at 8 a.m. demanding that arrests be made in the case. Several people in Atlanta pledged they will participate in a protest Friday from Atlanta to Glynn County on what would have been the jogger's 26th birthday.