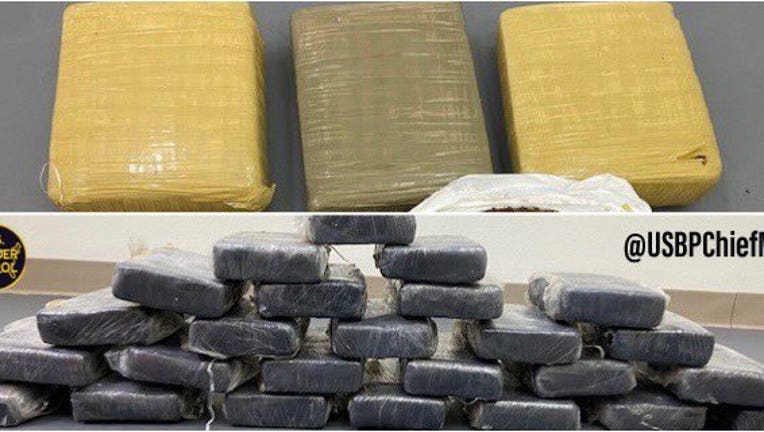 The most recent packages washed up on Wednesday and Thursday on the Islamorada shoreline. Each package weighed about 2.4 pounds, Adam Hoffner, a U.S. Border Patrol spokesman, told the Miami Herald.

On Monday night, anglers in Lower Matecumbe Key found a 2.4-pound package of cocaine. At the start of the month, a boater off Marathon discovered a large sack filled with five bundles of marijuana weighing 62 pounds.

In late April, boaters found a large sack offshore of Key Largo that contained 25 packages of cocaine weighing a total of about 73 pounds.

In March, a snorkeler off the Florida Keys spotted a large bundle floating in the water and called police. It turned out to be 25 bricks of cocaine.