Harts of Teal is an initiative to educate women on the signs and symptoms of Ovarian Cancer. Their mission is early detection to help saves lives and quality of life.

Gathered at Senoia, Georgia, home are four women who consider each other family, linked not by blood, but by ovarian cancer.

"It's a sisterhood or a club you don't really want to be in," Andrea Sisler says.  "But, I'm really glad that they're in it with me."

The women were brought together by Kimberly Airhart, a 42-year-old Fayetteville mother of 5, diagnosed with ovarian cancer in February of 2020.

"I was terrified," Airhart says.  "And, the statistics are terrible.  You look online, you know you're not supposed to look online, but you do.  Then, you're just scared to death.  But, I have faith in God, and I knew from the very minute I was diagnosed, He was doing something with me, I just didn't know what it was."

A plan started coming together when a friend connected Airhart with 59-year-old Andrea Sisler, who was diagnosed with ovarian cancer the same month as Airhart.

Soon, the two women had connected with 61-year-old Sandra Griffin.

"It changed everything," Griffin says of their connection.  "You know somebody that knows."

"They know what you're thinking before you say it," Trollinger says.

The women are part of Harts of Teal, a non-profit founded by Airhart and Sisler to educate women about the warning signs of ovarian cancer. 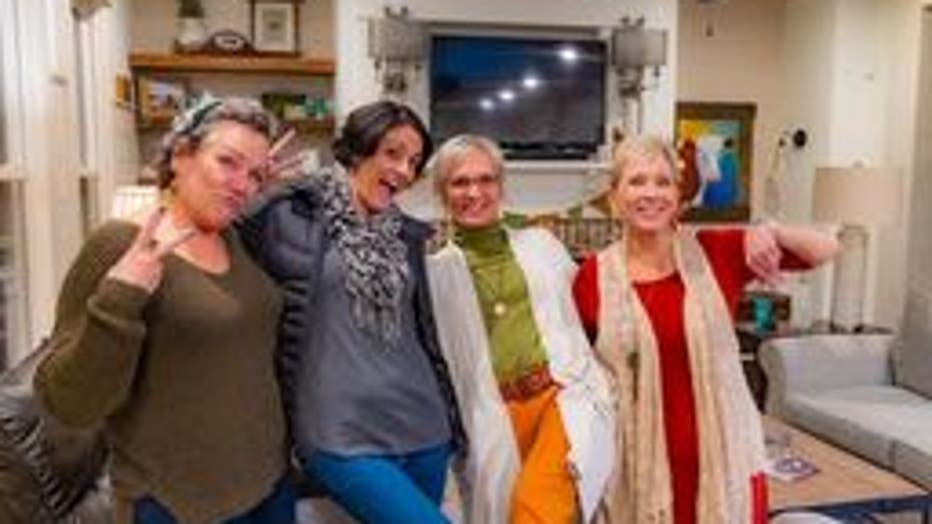 "Kimberly and I came up with these symptom cards that are about the side of a business card," she says.  "I hand them out to everybody.  And I'll say, "Take one for yourself and please give one to a friend.  Nine out of 10 of them have no idea of the symptoms of ovarian cancer.

The symptoms can be vague and easily confused with other issues, the women say. All four say it took time to get a diagnosis.

The CDC says symptoms of ovarian cancer can include:

Dr. Ruchi Garg, a gynecologic oncologist at Cancer Treatment Centers of America in Newnan, says pay attention to new symptoms, especially if they are occurring more than a dozen times a month.

"If I think about my last couple of months and I can't remember many days without those symptoms, that's a clue," Dr. Garg says.  "That's a reason. Even if you don't get diagnosed with ovarian cancer there is something that is going on that's different that you need to follow up on."

And if you need a hand to hold, the Harts of Teal members say they can provide that, too.

"They know what you're going through when you have scans and you have blood work and your numbers are up," Trollinger says.

"I don't know what I would do without them," Griffin adds.  "I really don't."

For more information on Harts of Teal, visit hartsofteal.org.