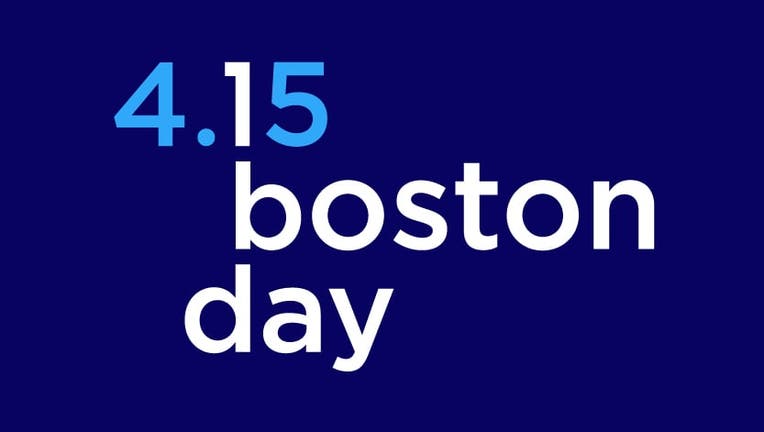 Since 2015, Boston has marked the anniversary of the marathon bombing One Boston Day, which encourages residents to commit acts of kindness for each other. (Source: One Boston Day)

BOSTON - Eight years have gone by since bombs placed near the finish line of the 2013 Boston Marathon claimed the lives of three people, injured hundreds more and left over a dozen people missing limbs.

Since 2015, The Olde Towne has marked the occasion with One Boston Day, which encourages residents to commit acts of kindness for each other.

"Each year, the day serves as an opportunity to celebrate the resiliency, generosity, and strength demonstrated by the people of Boston and those around the world in response to the tragedy of April 15th, 2013," the organization states on its website.

Organizers typically use One Boston Day as an opportunity for citizens, businesses, and organizations to display their humanity and bring neighbors together. However, that won’t exactly be the messaging this year.

As with much of life since the onset of the COVID-19 pandemic, the traditional in-person gatherings are discouraged.

Instead, Acting Boston Mayor Kim Janey has asked for people to take pictures of their socially-distant acts of kindness and post them to social media under the hashtag #OneBostonDay.

"This year, for One Boston Day, we’re asking you to stand together, by staying apart. Make this your day of reflection and service," Janey said in a news release.

Recommended acts of kindness include supporting small businesses and local restaurants, donating blood to the Red Cross, sending a thank you note to a veteran, among other suggestions.

Janey will visit the memorial near the finish line around noon.

The entire city will observe a moment of silence at 2:49 p.m. local time — the moment the first bomb went off.

A federal appeals court on Friday overturned the death sentence of Dzhokhar Tsarnaev, the man convicted in the 2013 Boston Marathon bombing.

In April 2015, Dzhokhar Tsarnaev was convicted on 30 charges, four of which were murder. His brother and accomplice, Tamerlan Tsarnaev, was killed in a shootout while trying to evade law enforcement.