Omicron variant: What to know about the new COVID-19 strain

An advisory panel of the World Health Organization classified on Nov. 27, 2021, a worrying new COVID-19 variant first detected in South Africa as a highly transmissible virus of concern, naming it "Omicron" under its Greek letter system.

When the World Health Organization (WHO) gave the new B.1.1.529 variant its Greek name, those familiar with the ancient alphabet noticed something: omicron wasn’t next in line.

Nu and xi come before omicron in the Greek alphabet, but they were skipped. The WHO said there’s a reason for that: Simplicity.

All variants of COVID-19 receive a scientific name like B.1.1.529. But once they become variants of concern or interest, the WHO labels them with a Greek letter.

When the Mu variant got its name in August, the Greek letter Nu moved to the front of the line. But a WHO spokesperson told FOX News the organization decided the letter Nu was too similar to the English word "new."

The Greek letter xi was next alphabetically, but the WHO decided against that one as well. The spokesperson said xi is identical to the common last name Xi, which would violate WHO’s best practices for naming diseases.

Through its naming practices, the WHO aims "to minimize unnecessary negative impact of disease names on trade, travel, tourism or animal welfare, and avoid causing offence to any cultural, social, national, regional, professional or ethnic groups."

It’s a major reason the WHO introduced the Greek alphabet naming system in May. Prior to that, variants referred to by their scientific name, such as B.1.1.529. 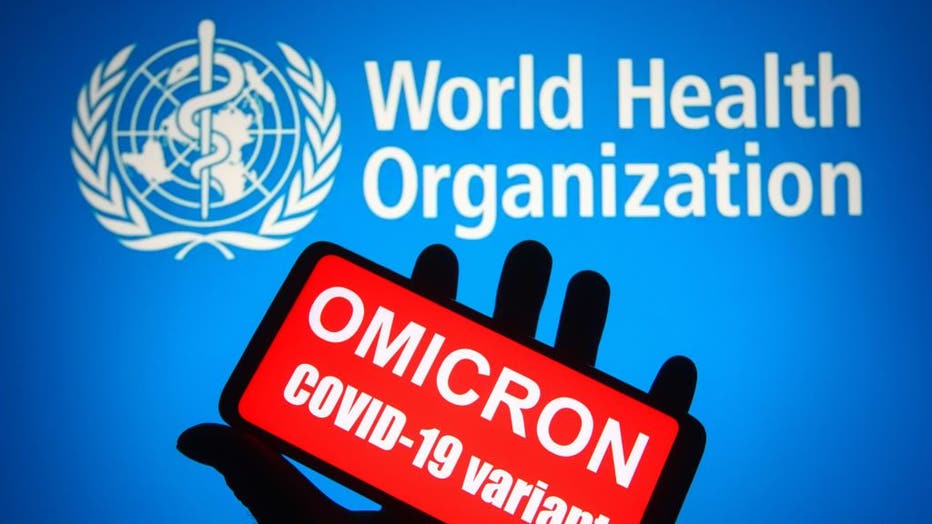 In this photo illustration, words that say Omicron COVID-19 variant is seen on a mobile phone screen in front of the WHO (World Health Organization) logo in the background. (Photo Illustration by Pavlo Gonchar/SOPA Images/LightRocket via Getty Images

But the WHO found these names were a mouthful to the average person and prone to misreporting.

"As a result, people often resort to calling variants by the places where they are detected, which is stigmatizing and discriminatory," the WHO said in a May news release. "To avoid this and to simplify public communications, WHO encourages national authorities, media outlets and others to adopt these new labels."

This is the first time the organization has skipped letters since it began using the Greek alphabet for coronavirus variants; it has previously used the alphabet to label 12 others.

The omicron variant appears to have a high number of mutations in the coronavirus’ spike protein, which could affect how easily it spreads to people. The WHO said Friday that preliminary evidence "suggests an increased risk of reinfection" compared to other variants of concern.

But scientists are still in the process of researching exactly what the genetic changes mean, to know if the variant is more transmissible or dangerous. So far, there is no indication the variant causes more severe disease.