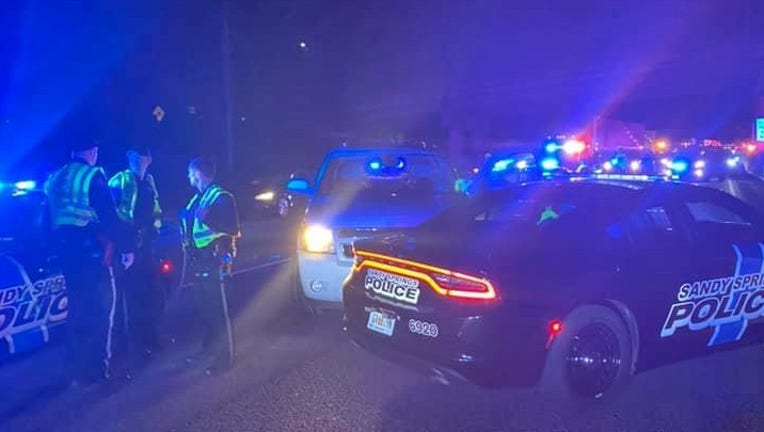 DUNWOODY, Ga. - A driver and his passenger are in police custody after officials say they stole a car and rammed police vehicles.

The Dunwoody Police Department says the incident started when officers noticed the stolen vehicle on Ashford Dunwoody Road and followed the suspects into Sandy Springs.

When officers tried to stop the car, they say the driver crashed into multiple patrol cars.

Shortly after, the driver and his passenger were taken into custody.

Officials have not released the identity of either suspect or their charges.