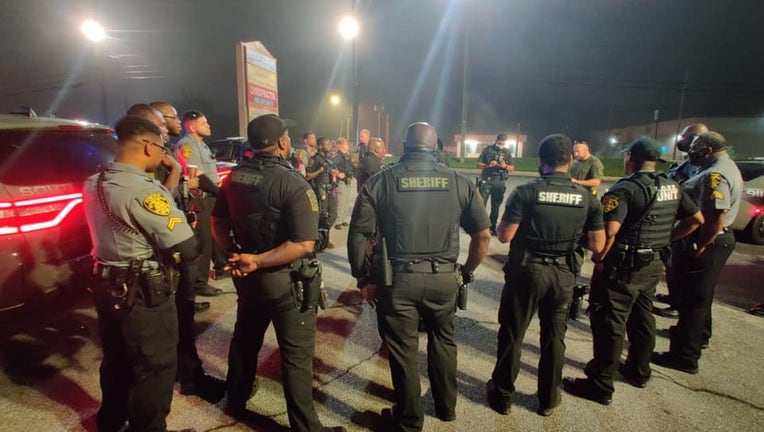 SOUTH FULTON, Ga. - Over a dozen suspects with outstanding warrants have been located in a law enforcement operation out of South Fulton.

The South Fulton Police Department says its VIPER Unit coordinated the operation Thursday morning in an effort to find suspects with outstanding warrants in the city.

In total, officials say they located 13 wanted persons - some of whom had felony warrants out for their arrest.

"Wanted persons often commit crimes at a higher rate than non-wanted persons," said Major Tamika Pritchett, Special Operations Division Commander. "We are focused on making the city of South Fulton a safer place for our residents and visitors by getting these offenders off the street."

Details on the arrests have not been released at this time.