FORSYTH COUNTY, Ga. - Officer say a driver is lucky to be alive after a dangerous crash while attempting to run away from police early Saturday morning.

The Alpharetta Department of Public Safety shared a photo of a damaged Volvo being towed from over the median. 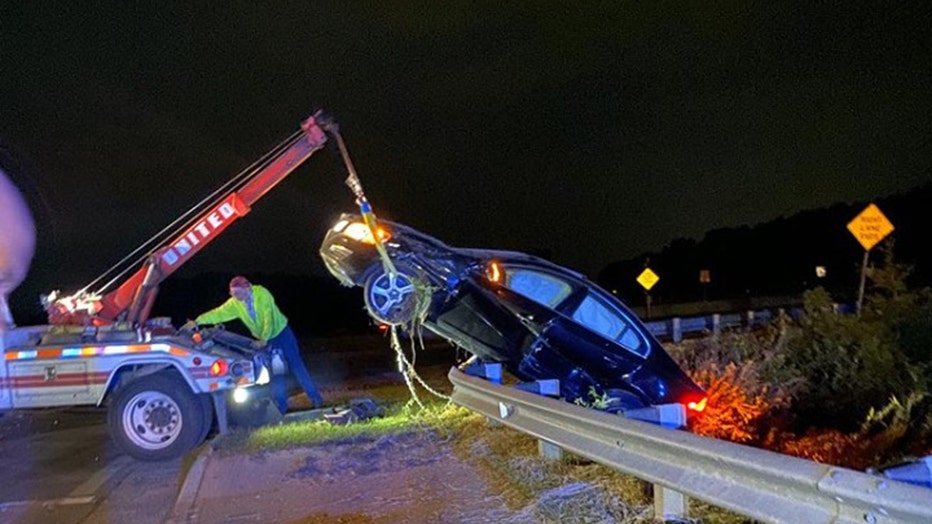 According to deputies, a DUI officer registered the Volvo traveling 131 mph on northbound Georgia 400 through Alpharetta near Haynes Bridge Road.

The officer tried to catch up, but officials say the driver went faster when he saw the blue lights.

After accelerating, the officer said that the driver tried to exit onto McFarland Parkway, but was going too fast and went airborne. The car then hit the median and flipped over.

Thankfully the driver was able to walk out safely, and deputies say they're "very thankful we didn't have to deliver a fatality notification to his, or anyone else's family."

The driver has been charged with DUI, having an open container of alcohol, reckless driving, speeding, and fleeing and eluding from law enforcement.