Officials say flames broke out at the Summit Apartments on Oakley Road Thursday morning, forcing some people to jump to safety.

UNION CITY, Ga. - Multiple people have been hospitalized and over a dozen have been displaced after a fire at a Union City apartment complex Thursday.

Crews with the Union City Fire Department were called to the Summit Apartments on the 6300 block of Oakley Road around 8 a.m. Thursday.

When they arrived at the scene, firefighters discovered the complex's building 700 was covered with heavy fire. 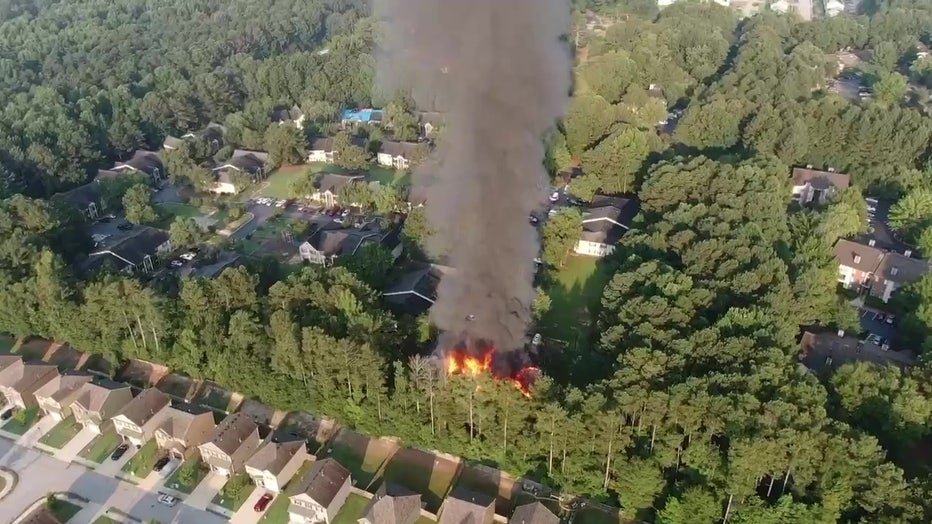 Officials say all residents were able to get out of the building before firefighters arrived.

One resident suffered burns and another had multiple lacerations from broken glass and was suffering from smoke inhalation. Medics transported both residents to nearby hospitals. Their condition is unknown at this time.

According to officials, the unit had eight apartments and seven were occupied at the time of the blaze. The Red Cross is assisting 19 people affected by the fire.

The cause of the blaze is still under investigation.