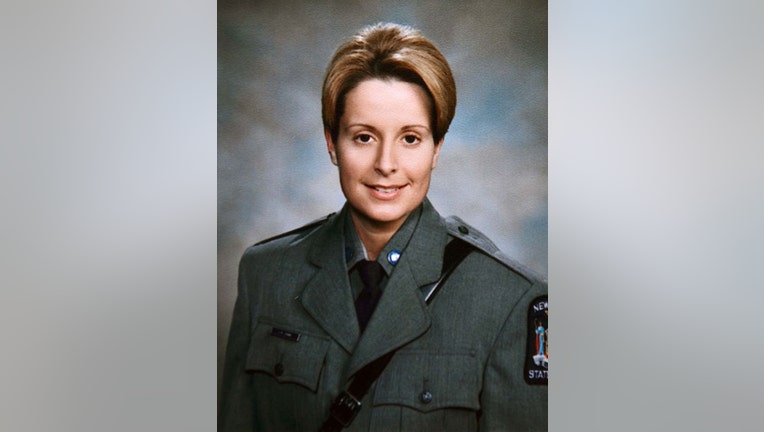 NEW YORK - Funeral arrangements have been announced for a New York state trooper who died of a 9/11-related illness.

Trooper Jennifer Czarnecki, a 20-year veteran of the State Police, died on Saturday, according to Acting Superintendent Kevin Bruen. She worked at Ground Zero in the days after the terrorist attack.

Calling hours are being held Thursday at Watermark Wesleyan Church in Hamburg, a town in Erie County, State Police said. A funeral service at the church is scheduled for Friday at 11 a.m. Due to pandemic restrictions, church seating will be "extremely limited," police said.

Czarnecki was a rookie trooper — on the police force for less than a year — when terrorists flew jetliners into the World Trade Center on the morning of Sept. 11, 2001. She was assigned to a team conducting search-and-recovery efforts in Lower Manhattan in the aftermath of the destruction of the towers.

Over the course of her law enforcement career, Czarnecki was assigned to Troop D, based in Oneida, and Troop A, based out of Batavia.

Czarnecki retired on Nov. 3 because of the progression of her cancer, police said.

She is survived by her husband, mother, and brother.