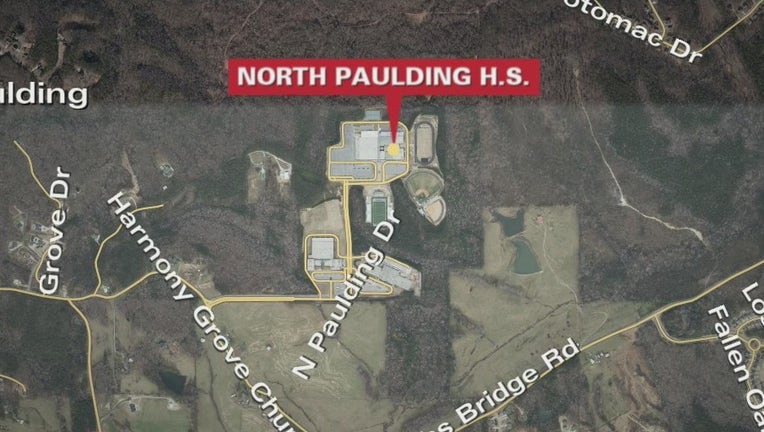 PAULDING COUNTY, Ga. - The Paulding County Sheriff's Office said a high school student is hospitalized after a collision in a school parking lot on Tuesday afternoon.

Officials said a girl was struck at around 3:30 p.m. in a parking lot at North Paulding High School. Georgia State Patrol troopers said the girl was in the crosswalk attempting to cross over the access road of the school when she was struck.

A school district official confirmed the student was struck by a vehicle after classes were dismissed and went to a local hospital. Troopers said she was in critical condition at the time she was transported.