Residents near Lake Nottely are upset over the discharge of liquid landfill waste into the river and lake.

BLAIRSVILLE, Ga. - An environmental storm is brewing in the North Georgia mountains.

Lake Nottely Homeowners are angry about a landfill liquid called leachate trucked in from a Metro Atlanta landfill that is treated and then discharged into a creek feeding the lake.

And a powerful State Senator is the one trucking the potentially toxic waste into the city of Blairsville.

We drove to Blairsville to see it for our selves. Take a walk down Butternut Creek in the North Georgia mountains, where this babbling brook gently drifts into Lake Nottely.

It looks pristine. But what lies beneath the surface has homeowners here upset.

It seems, a powerful politician is trucking potentially toxic wastewater from a metro Atlanta landfill. That landfill liquid is then treated by the city of Blairsville and released into the this creek. 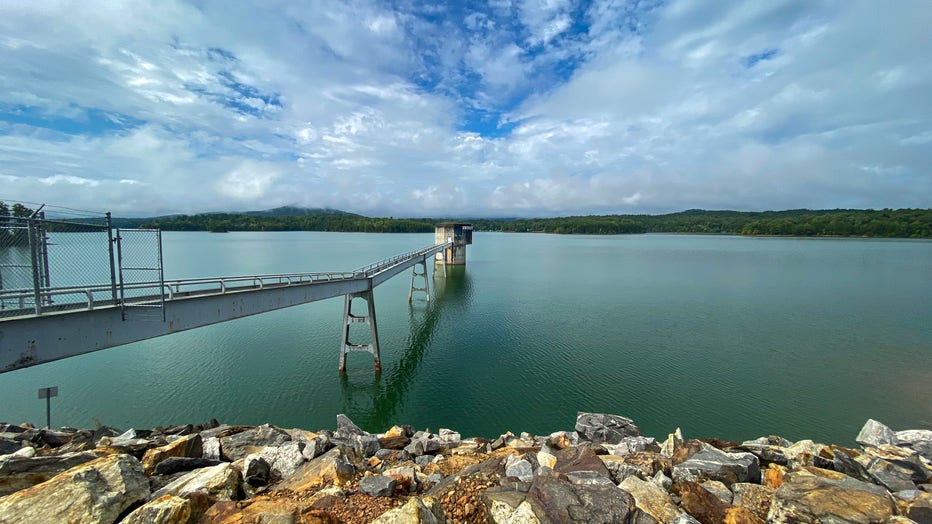 "I think it is an absolute disgrace what has happened," says Doy Lively, Lake Nottely Improvement Association President.

Doy Lively is afraid of what is in that wastewater.

"I think it’s just an absolute disgrace what has happened," said Lively.

This is how it happened. Around May of 2019 powerful State Senator Steve Gooch - who represents this district - proposed to the Blairsville Mayor a plan to truck leachate from a landfill 35 miles away in Forsyth County to the Blairsville Waste Water Treatment Plant.

Leachate is when rain mixes with landfill waste and creates a sort of toxic soup from all the decomposing chemicals and waste products.   By law, it has to be removed and treated.

"You may get pesticides from people's homes, you may get carpet scraps, these kind of things that contain chemicals," said Bert Langley, the former Director of Compliance for the EPD.

So why would Blairsville Mayor Jim Conley want this?

"It would be a revenue stream for the wastewater department," Mayor Conley told us.

Mayor Conley says it's all about money. Waste water treatment is expensive. The city gets five cents a gallon for treating the leachate. So when State Senator Steve Gooch pitched the idea, the Mayor jumped at it.

"I do know there was no cost analysis done. (Then  how do you know you got the best price?) We decided that was what we would accept and we don't know that that was the best price./ (Was politics at play at all in this decision?) Absolutely not.

"His (Steve Gooch) influence being a state senator and what he can do to influence money that comes into the county is far reaching, said Lively.

Sen. Gooch would not do an interview but issued a statement explaining his long time wastewater treatment company, TWA, has been "traveling the state" offering leachate removal services to landfills across Georgia. He says his payments to Blairsville were based "solely on market rates."

"Some chemicals may be in there that will endanger them. Maybe not immediately, but in the near future, worries Lively.

What Doy Lively and other Nottely Lake Homeowners are also worried about are pollutants called PFAS.

PFAS are manmade chemicals that were used in non-stick cookware, water and stain resistant fabrics, and products that resist oil and grease.  Homeowners fear the leachate could contain PFAS chemicals. And, once treated that leachate is dispersed into Butternut Creek. And the greatest concern is Butternut Creek flows into Lake Nottely

EPA is currently taking steps to regulate PFAS. Why? It says PFAS could cause elevated cholesterol, and to a lesser degree low infant birth rate, cancer, and thyroid problems.

"These are very persistent chemicals they stay around a long time. What's the long term effect at what concentration?" asks Langley.

Because of homeowner's leachate concerns the EPD agreed to test the Nottely River. Though the tests do show trace amounts of various PFAS compounds, the levels were so low EPD couldn’t determine how much was there.

“One grain of sand in an Olympic sized swimming pool,” Senator Gooch calls it.

The EPD wrote Doy Lively to tell him "the samples show that the landfill leachate is not contributing to detectable PFAS concentrations."

And a local clean water group, MountainTrue agrees, saying its water tests before and after the leachate contract have not "seen a decline in water quality."

But homeowners like Doy Lively want more and broader testing as they worry about PFAS and other potentially toxic materials may be spoiling Nottely Lake and river.

"I don't trust them. I mean I really truly do not trust them," said Lively.