ATLANTA - A city-wide curfew for Atlanta was extended through June 7, the City of Atlanta announced Wednesday.

Anyone seeking medical assistance or those having to report to work, are exempt from the curfew. Other exceptions to the mandate include/ first responders and the homeless.

Protests outside the Georgia governor's mansion on May 30 ended peacefully just as a previously announced curfew went into effect for Atlanta.

The protest began around 5 p.m. and came after the governor declared a state of emergency early Saturday and tweeted that up to 1,500 Georgia National Guard troops would deploy thought Atlanta “to protect people & property." 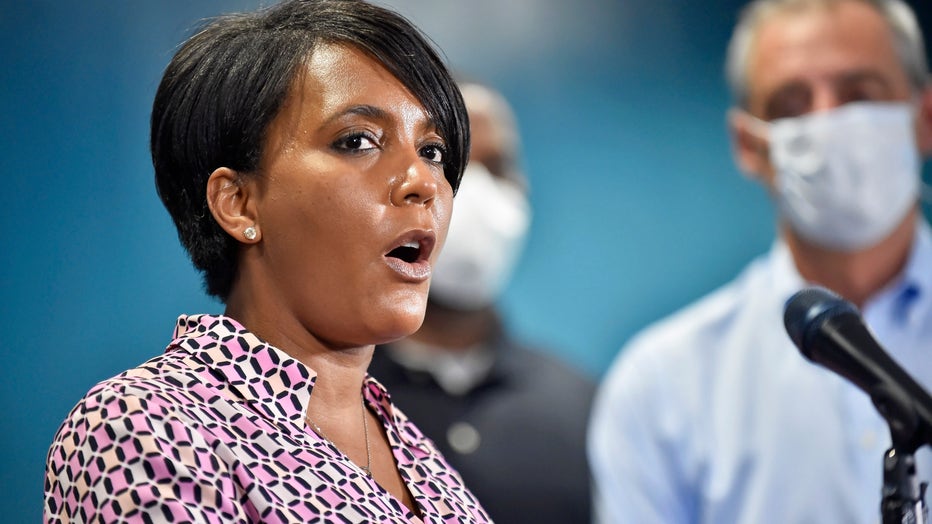 MARTA announced it would be suspending all rail, bus, streetcar, and paratransit services at 9 p.m. on Saturday, May 30 as a result of the curfew.

Demonstrations took place in other areas across the Atlanta metro and in north Georgia.

Sugarloaf Mills was shut down on May 30, as groups of protesters gathered in the area.

Protests began peacefully on May 29, with a rally at Centennial Olympic Park downtown, followed by a march to the state Capitol where protesters met with some lawmakers who are pushing state hate crimes legislation.

PHOTOS: Peaceful protest over death of George Floyd turns to night of violence in Atlanta

Overnight, however, protesters set fires and broke windows in downtown Atlanta and Buckhead. Officers issued disbursement orders and used tear gas to try to stop them, according to reports from the Atlanta Police Department Facebook page. Police also accused protesters of shooting at officers and throwing bricks, bottles, rocks, and knives.

At least three officers suffered minor injuries. One was pushed down during a scuffle with protestors when a large crowd attempted to surround a police vehicle and two others were injured by flying debris. According to Atlanta police, the looting and damage to proprety Friday night and Saturday morning resulted in 71 arrests and damage to 20 APD vehicles.

The department was still working to determine the number of businesses that were looted, burglarized or damaged.

Damage from protest in downtown Atlanta

Taking a look at the destruction left behind in downtown Atlanta from protest.

"I’m incredibly proud of our officers for showing professionalism and restraint, allowing protestors to voice their valid concerns,” said Chief Erika Shields. “We werepatient. But we will not allow these protests to devolve into the destruction of property or placing the safety or our officers in jeopardy. We will make additional arrests and we are grateful to the assistance we are receiving from our partner agencies.

Atlanta was just one city shaken by tumult and violence late Friday that erupted over Floyd’s death. Large demonstrations in New York, Houston, Washington, D.C., and dozens of other cities ranged from people peacefully blocking roads to repeated clashes with police.

Derek Chauvin, the white police officer who worked for the Minneapolis Police Department, is charged with third-degree murder and second-degree manslaughter in Floyd’s death.

Floyd died after the 44-year-old Chauvin pressed his knee into his neck for several minutes even after he stopped moving and pleading for air.