The Gwinnett County Police Department said at least two people were shot in a Grayson neighborhood.

GWINNETT COUNTY, Ga. - Police said at least two men were wounded at a home in Grayson on Sunday afternoon.

Gwinnett County Police Department officers were at the screen on Tullifenney Court. Police investigators arrived on scene at around 2:30 p.m. to find two men with non-life-threatening gunshot wounds. The men were hospitalized.

Police said a group of men was arguing when shots were fired outside the house Police believe the person or people responsible are still on the run. 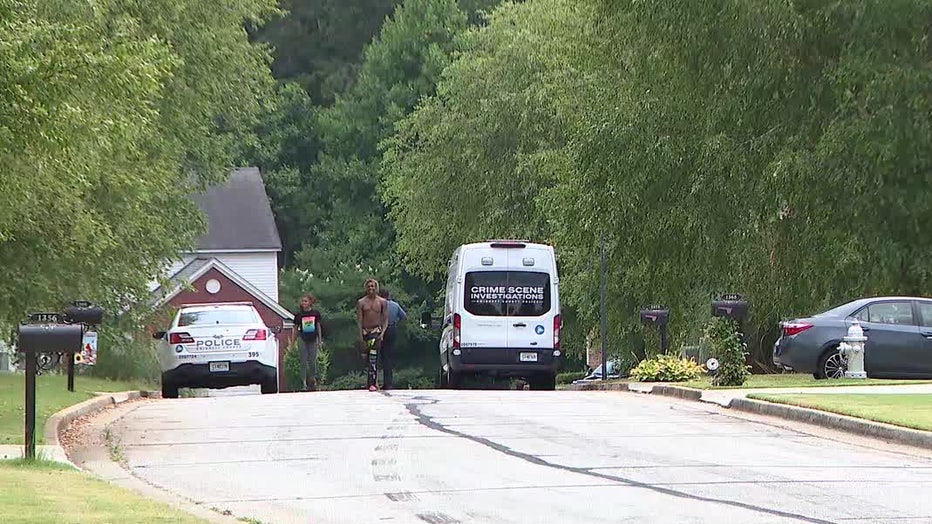 Gwinnett County Police responded to a report of a person shot on Tullifenney Ct in Grayson.

"We had at least two people shooting back and forth at each other," Cpl. William Wolfe said.

The motive of the shooting remains unclear. Police said after the shots were fired, people left in private cars.

There is a history of police responding to the house, Wolfe said.