FAYETTE COUNTY, Ga. - Deputies say a motorcycle driver is under arrest and they are looking for a second man. This after a deputy clocked them going over a hundred miles an hour.

Authorities say a wrong move caused the bikes to crash into one another and strike a patrol car.

There are two views of the incident that led to the arrest. After a deputy spotted a pair of motorcycle riders weaving in and out of traffic, he followed and estimated their speed well over 100 miles an hour, when he caught up to them at a light here’s what happened next.

Sheriff Barry Babb says audio from the body cam video captured the two men revving their motors to take off but in their hurry, they struck a vehicle. 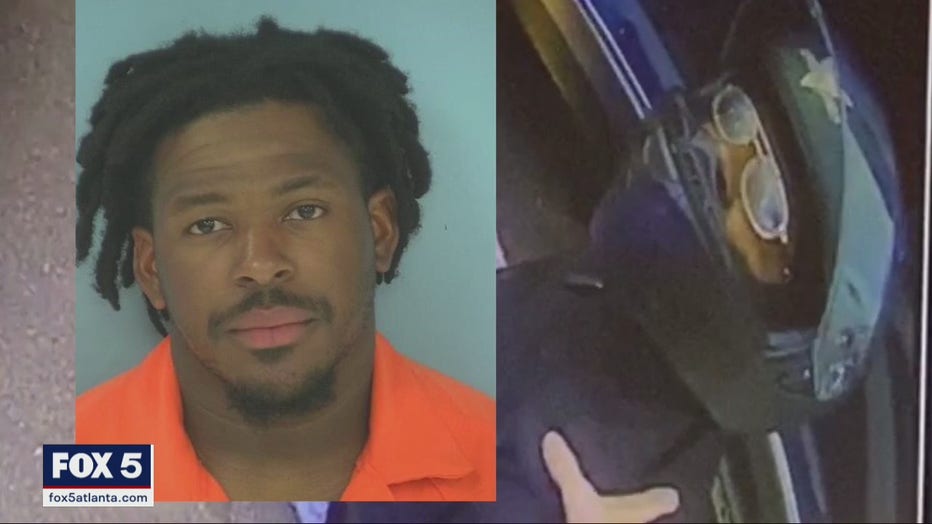 One man was taken into custody. The other ran away and has not been located.

Sheriff Babb says a motorcycle traveling over 100 miles an hour, is extremely dangerous to everyone, he recalls a crash a few years ago when at a similar speed the motorcycle knocked the rear axle off a large SUV and the bike burst into flames killing the rider.

The man taken into custody has been identified as 22-year-old Anthony Chandler of Jonesboro. He’s been charged with reckless driving, fleeing and eluding law enforcement, drag racing, and other charges for not having a license plate and running into the deputy’s car.

They are still looking for the second man. If you have any information call the Fayette County Sheriff’s Office.