Mother of 6 struggles to make ends meet after crash

A Kennesaw mother of six is struggling to keep the bills paid as she heals from severe injuries she received during a car crash.

KENNESAW, Ga. - Jennifer Coppeak said she remains in a lot of pain but is lucky to be alive after an accident during a rainstorm in Kennesaw a few weeks ago. The 38-year-old mother of six was driving to work when her car hydroplaned and slammed into a tree.

"It was pouring and I don’t like driving in the rain. I’m just really scared of because you can hydroplane and stuff, so I wasn’t even doing the speed limit, I had my hands of the steering wheel," Coppeak said. "Looking through the windshield to see where I was going."

The crash happened on April 24 along George Busbee Parkway NW near Frey Road. Coppeak suffered two broken bones in her neck, close to her spinal cord. She said if it doesn’t heal properly, she could end up permanently paralyzed. She has spent the majority of the last five weeks recovering in a recliner in her bedroom. 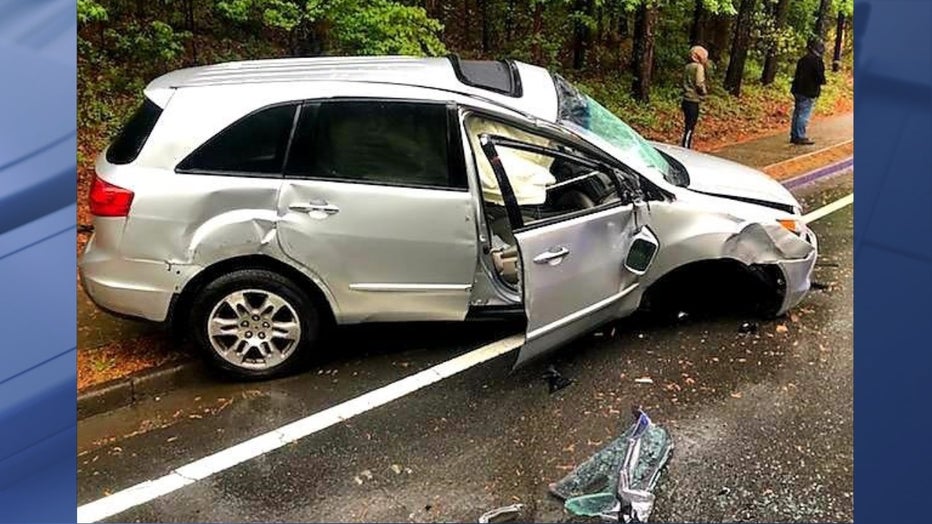 "I have nightmares from the accident. I don’t sleep good. I’m in pain all the time. I have an upper back injury as well, so my back is always hurting. And I can’t move my neck around. It’s just like I’m stuck," she said.

Coppeak, who worked as an assistant manager at David's Vacuums on Ernest W Barrett Parkway NW, was the family’s breadwinner up until the accident. She had limited car insurance and no medical insurance. With her not able to work and the medical bills mounting, not to mention the daily household expenses, things have gotten tight for the family. They have been forced to set up an online account asking for donations to help. 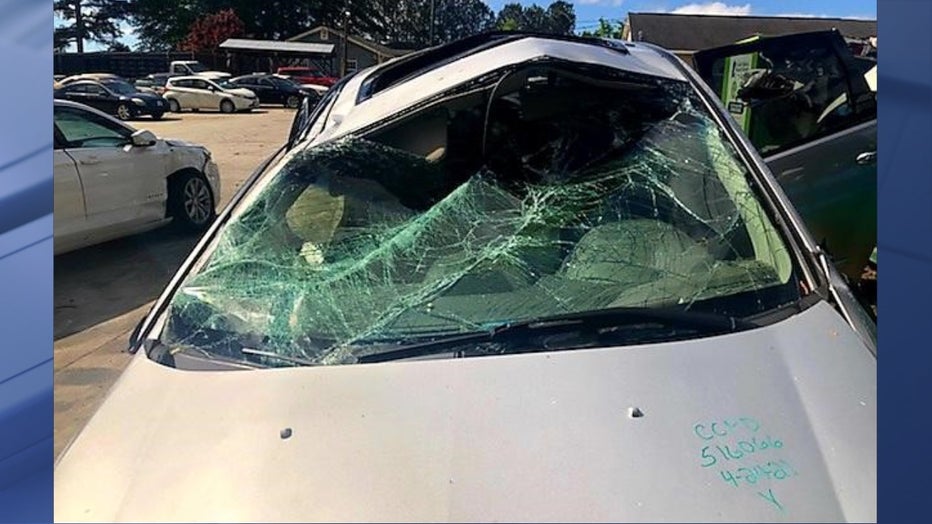 "It’s a constant stress and worry. I’m trying to heal and then on top of that, I’m worried about bills and making sure the rent gets paid and the utilities get paid and everybody gets take care of. It’s scary because you don’t want to lose everything you got over just a car accident," she said. "You know, at the same time, I’m just healing right now, so I feel like I’m helpless."

Despite the long road of recovery, Coppeak has a strong faith and believes she had a guardian angel watching over her that day. 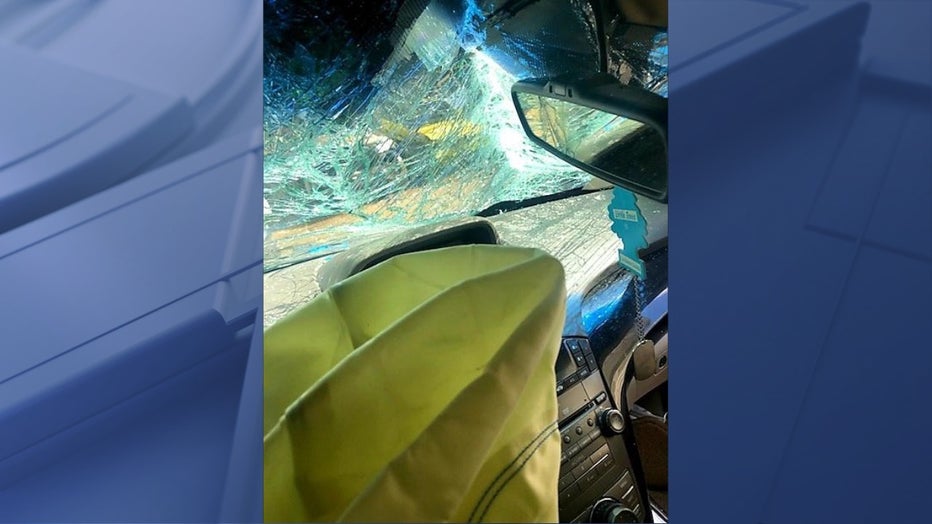 "I truly believe that God is the reason I’m here. I feel like I’m blessed to be here with my kids still," she said.

The Coppeaks ask for the community’s continued thoughts and prayers. Mrs. Coppeak goes to the doctor every two weeks for X-rays. The hope is her bones will heal on their own and she won’t require surgery. 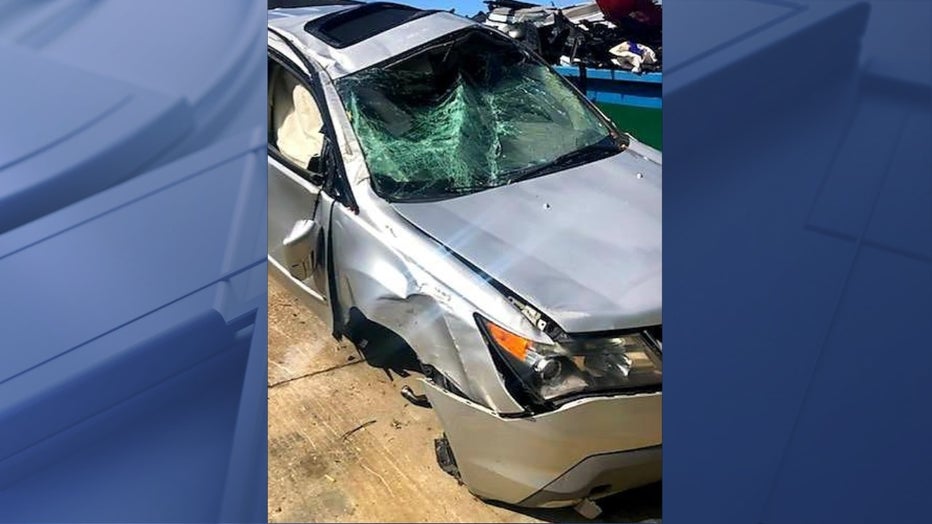 Anyone who would like to help the family can do so by clicking here. 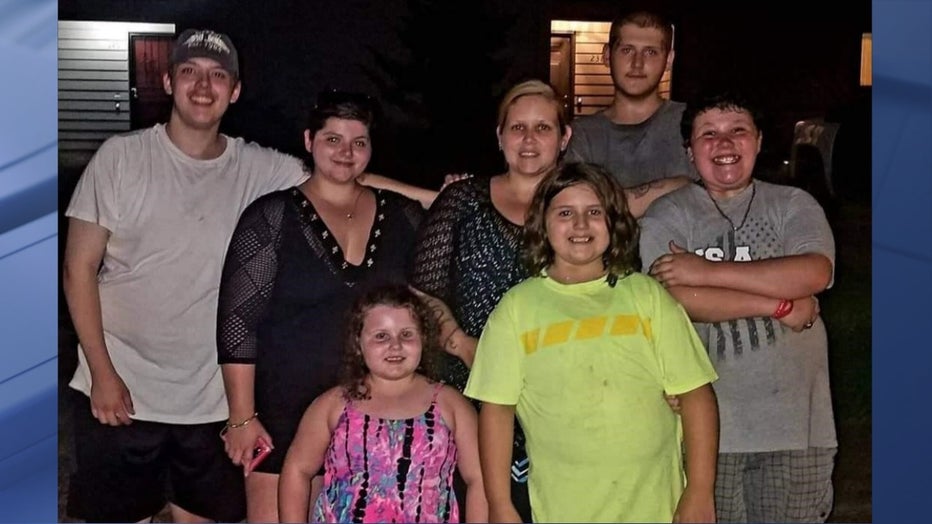