The family of Tyree Johnson are still in shock over his death and hope the driver who struck and killed him will surrender to police.

CLAYTON COUNTY, Ga. - A Clayton County family is desperate for answers after a 22-year-old was hit and killed on Mount Zion Road.

The family said Tyree Johnson spent a lot of time in the area at the gym, the nearby movie theatre, and restaurants. They called it his stomping grounds.

"It just doesn't feel right knowing his body was right there and no one actually stopped to help him," his sister, Tyshae Davis said.

She remembers him as a lovable giant, the baby of the family, who’d always tag along with his big sis.

"He’s 6'3," blonde dreads, so you can't help but to see something in the road, you know it was somebody or something," his mother Susethia Wilkerson said.

Their nightmare began with a phone call from Grady Memorial Hospital Tuesday, October 6.

"We got a phone call that he was in the trauma ward. When we got there, that's when they broke the news that he didn't make it," Davis said.

From there, they say, the details are limited. 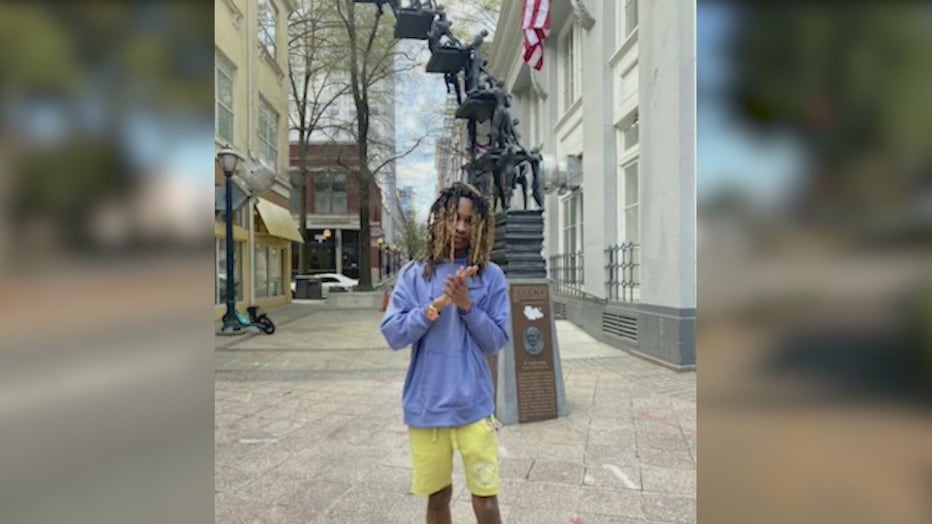 They know he spoke to his mom on the phone around 6 o'clock, and before 9, his body laid where a candle sits in the median.

Georgia State Patrol confirms they investigated the fatal hit and run. Authorities didn't provide information about a suspect or vehicle.

The family said people have reached out, claiming to be witnesses, through a hashtag, #answersfortyree, but said they feel the case has otherwise been neglected.

Another fatal hit and run days after Tyree’s and less than a mile away on Maddox road have his family concerned this issue is more than just finding the drivers who never stopped.

"Everyone knows these cameras will take a picture and send you a ticket in a heartbeat but no one knows the backstory behind how safe or unsafe it is to be a pedestrian on this street," Davis said. "With them knowing that they still race and go up and down this street."

Clayton County is set to receive a $300,000 grant to make its streets safer. Tyree’s family said they’re curious as to if that will include operational cameras on busy streets like this Mount Zion Rd. FOX 5 reached out to the county to ask, which did not immediately respond. Anyone with information about Tyree’s death should give GSP a call.