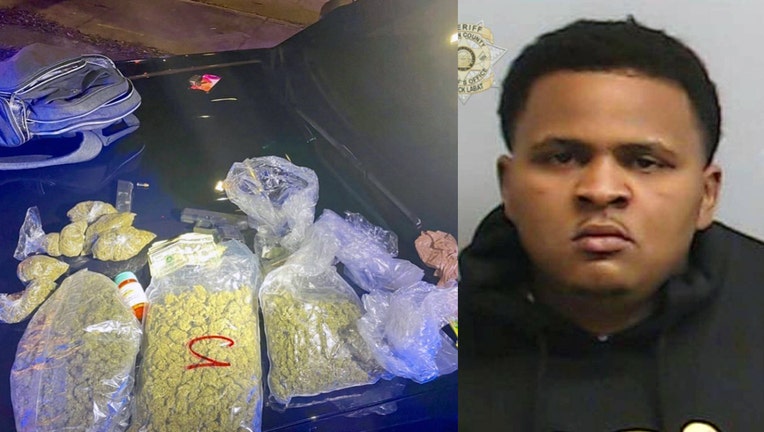 ATLANTA - Deputies in Fulton County said they made a drug bust during a recent traffic stop.

The Fulton County Sheriff’s Office said Perry was pulled over for disobeying a traffic control lights on Nov. 24.

Deputies said a member of the Fulton County Crime Suppression Scorpion Unit smelled a "strong odor of marijuana emitting from the vehicle" and performed a search of the vehicle.

Perry posted bond and was released on Saturday, according to jail records.