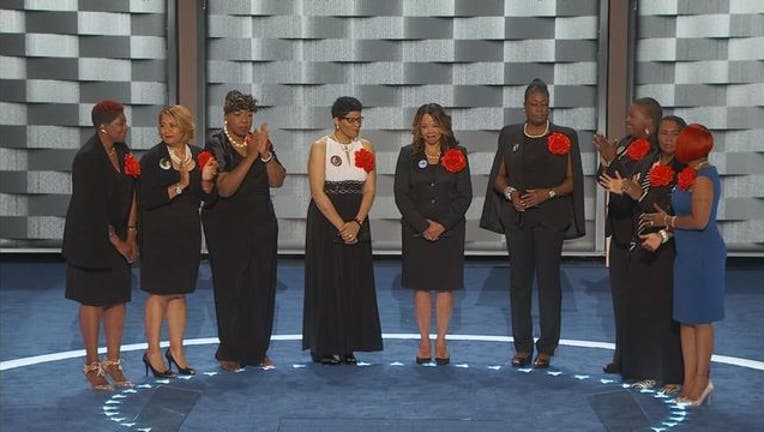 PHILADELPHIA (AP) A group of mothers who lost children to violence is drawing applause and chants of "black lives matter" at the Democratic National Convention.

The group is known as the Mothers of the Movement, and they include the mothers of Trayvon Martin and Eric Garner.

These women have campaigned for Hillary Clinton across the country in recent months, advocating for criminal justice reforms and gun control.

Geneva Reed-Veal is the mother of Sandra Bland, who was found hanged in a Texas jail cell last year after her arrest during a traffic stop.

Reed-Veal says, "I am here with Hillary Clinton tonight because she is a leader and a mother who will say our children's names."