BIRMINGHAM, Ala. - Police in Alabama have released bodycam video showing the intense moments a deputy is trying to resuscitate a 1-year-old girl who had been unresponsive for about 30 minutes after she "ingested some illegal drugs, possibly fentanyl."

The Jefferson County Sheriff’s Office in Birmingham said the incident happened on Monday and the mother of the child, identified as Jeanette Lashay Bell, 31, has been charged with chemical endangerment of a child.

The video begins with a deputy entering a home where numerous adults are heard panicking. 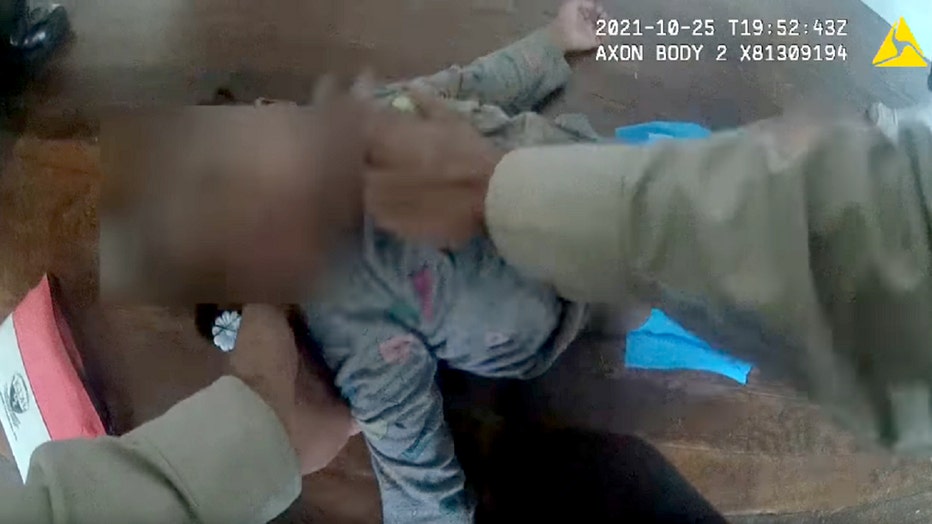 "About 30 minutes," a distraught woman responds.

The deputy is then seen resuscitating the child by using Narcan.

"Hey sweetheart, can you hear me? OK, she’s breathing. There you go," he says.

In a statement, the sheriff’s office said it was told by witnesses inside the home that "the child had ingested some illegal drugs, possibly fentanyl."