CONYERS, Ga. - The tables are set and the seats are ready for the 400 people expected to attend the MLK Breakfast at Rockdale Career Academy. 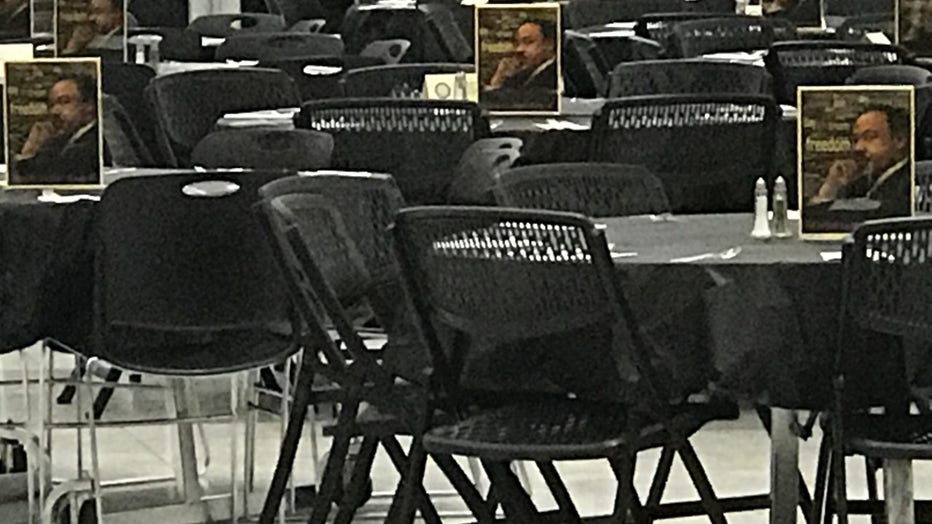 "I'm looking for a great day for the entire county to come together," says Thomas Brantley, Jr., president of the Rockdale Co. NAACP.

But, a parade organized by the Rockdale Co. NAACP, to honor the civil rights leader, won't roll on the streets of Conyers come Monday morning.

Brantley says that's not the case.

"It was an issue as far as timing and we wanted to put on an effective parade for the community and we felt like we didn't have enough time as a staff to come together to put the parade on," says Brantley.

The city says hiring officers to keep the streets safe became a concern. About 30 officers would be needed. They would be paid time and a half.

"There was no way we could put all of this together," says Lucas.

Brantley tells me a committee has been formed to plan an annual event.

"This a parade we want to put on for continuation for years and decades to come," Brantley told FOX 5's Kerry Charles. "Sometimes you have to take a step back to make something great."

"We're hopeful that next year we'll be able to put together a very successful parade working with all the entities and especially with our local chapter of the NAACP", says Lucas.

Monday's breakfast starts at 7:30 a.m. at the Rockdale Career Academy in Conyers. Tickets can be purchased at the door.