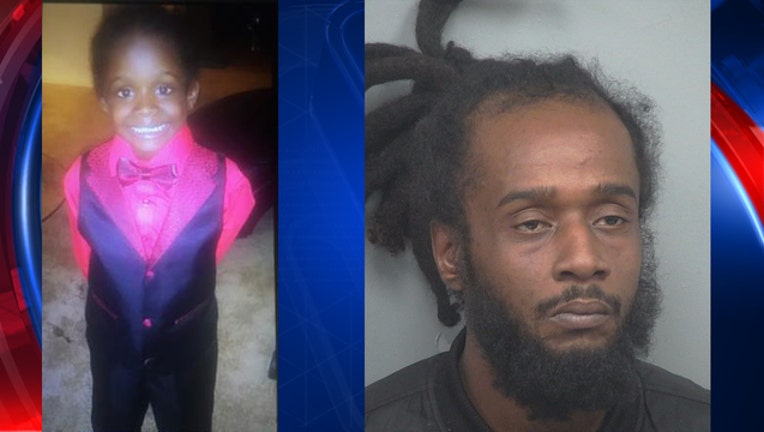 LAWRENCEVILLE, Ga. (FOX 5 Atlanta) - A 7-year-old Gwinnett County boy is safely with his DFCS caseworker after the man he was with surrendered to deputies Wednesday.

According to police, 7-year-old ​​​​​​Quamaine Finch's mother was taken into custody in Fulton County last week for unknown charges, and that's when the child was left in the care of the mother's boyfriend, 42-year-old Ricardo Medy.

Since then, the Division of Family and Children's Services (DFCS) was awarded custody of Quamaine.

On Tuesday, Nov. 27, officers went to Medy's home in unincorporated Lawrenceville, but they say he refused to come to the door and said he did not have custody of Quamaine anymore.

Medy called FOX 5's Claire Simms Monday afternoon and said the boy is safe, but that he does not recognize the authority of the police.

Officers have now transported Medy to the Gwinnett County Jail.

Officials tell FOX 5 Quamaine is in good health and now with his DFCS case worker.