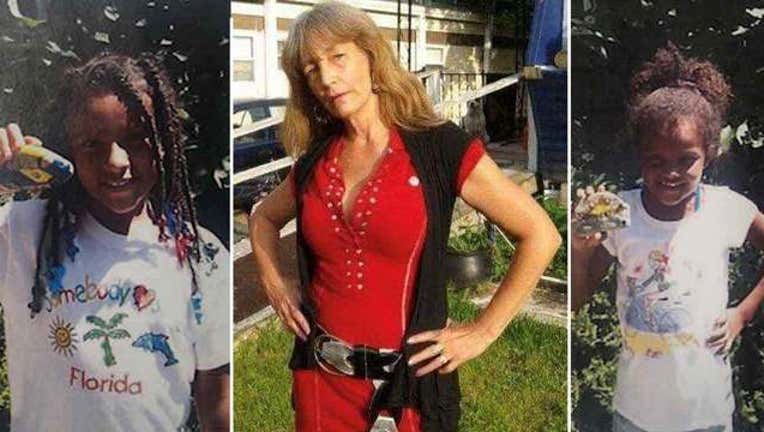 DETROIT (WJBK) - Detroit Police say two young girls who went missing after taking out the trash Monday afternoon are believed to be with a family member, who is also unable to be located.

Envi McClin, 12, and Montashia Brown, 9, are believed to be with their maternal grandmother, 53-year-old Wendy Harris. Police say since the children have gone missing, Harris is missing as well.

The two young children were last seen around 3:15 p.m. Monday in the 4300 block of Chrysler when police say they went outside to take out the trash and did not come back.

Envi is about 4 feet 11 inches tall and weighs 93 lbs. She has a light brown complexion, black hair in a single ponytail with a white headband, and brown eyes. She was last seen wearing a pink jacket, blue jeans, dark blue shirt and pink gym shoes.

Montashia is 4 feet 8 inches tall and weighs 95 lbs. She also has a light brown complexion and brown eyes, with her hair in a bun with a red headband. She was last seen wearing a black stretch pants, a black and white Mickey House shirt, and black and white Jordan gym shoes.

If you believe you've seen Harris or the girls, or know of there whereabouts, you're asked to call the Detroit Police Department at (313) 596-1340.