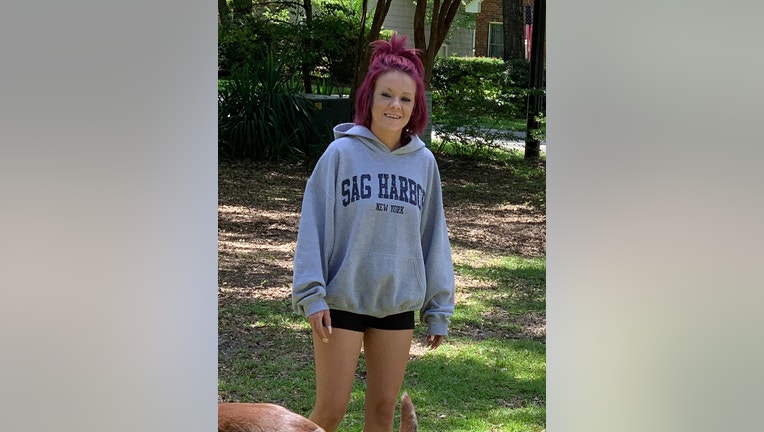 ATLANTA - Authorities are searching for a missing woman who is believed to have gotten off a Greyhound bus in Atlanta.

Dayna Beth Adams was last seen in Tifton, Georgia on Oct. 5, according to the Colquitt County Sheriff's Office. After a brief stay, she had gotten on a bus to travel home.

Investigators determined Adams had gotten off the Greyhound bus in the Atlanta terminal. Her mother last talked to her on Oct. 14, deputies said.

Family told investigators she has a history of mental illness and they believe she is in danger.

Adams is described by deputies as being 5-feet-2-inches tall, weighing about 110 to 120 pounds, with natural blonde hair and blue eyes. She has a tattoo of stars on her right hip and belly, a homemade star tattoo on her left ankle, an eyebrow and tongue piercing, and has two ear piercings.

Anyone with information is asked to call Colquitt County Sheriff's Office at 229-616-7430. Anyone who sees her should call 911.