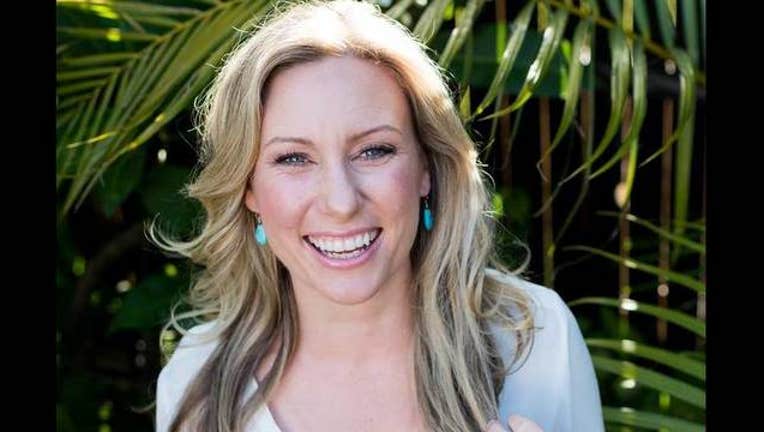 MINNEAPOLIS (AP) - Minneapolis police Chief Janee Harteau resigned Friday at the request of the mayor, who said she lost confidence in the chief following last week's shooting death of an unarmed Australian woman by a police officer.

In a statement released Friday, Harteau said: "I've decided I am willing to step aside to let a fresh set of leadership eyes see what more can be done for the MPD to be the very best it can be."

"I've lost confidence in the Chief's ability to lead us further ... it is clear that she has lost the confidence of the people of Minneapolis as well," Hodges said. "For us to continue to transform policing - and community trust in policing - we need new leadership at MPD."

Harteau, who worked her way up from the bottom of the department to become the city's first female, first openly gay and first Native American police chief, said she was proud of the work she accomplished and honored to serve as chief. But she said the shooting of 40-year-old Justine Damond by one of her officers and other incidents "have caused me to engage in deep reflection."

The chief, who once successfully filed a discrimination and sexual harassment complaint against the police force along with her partner, said she must "put the communities we serve first" despite the department's accomplishments under her leadership.

Harteau was out of the city on personal time for nearly a week following Saturday's shooting of Damond, a 40-year-old life coach and bride-to-be who was killed by an officer responding to her 911 call of a possible rape.

The state is investigating the shooting. In Harteau's first remarks on the case Thursday - when she returned to work - she was sharply critical of Officer Mohamed Noor, who is Somali-American, while defending his training.

"The actions in question go against who we are in the department, how we train and the expectations we have for our officers," Harteau said Thursday. "These were the actions and judgment of one individual."

That wasn't enough for some City Council members. Linea Palmisano, who represents the ward where Damond died, called for a change in leadership Friday and told her fellow council members that she was "done with image control and crisis management" and that it's "time for action."

After Harteau's resignation, Palmisano thanked the mayor and her colleagues. She also thanked Harteau for her years of service, but said she looks forward to the start of changes that she feels the department needs to make.

A department spokesman said Harteau would not be available for an interview after Friday's resignation.

Shortly after the announcement, Hodges nominated Assistant Chief Medaria Arradondo to be the next chief. Nicknamed "Rondo," he served as the department's public face after Damond's shooting while Harteau was out of town.

Arradondo, who is African-American, has been with the department since 1989.

Harteau has spent her career with the department, starting as a beat cop in 1987 when she was just 22. After working her way up the ranks, she was appointed chief in 2012.

She's had a rocky tenure in the top post and had become a political liability for Hodges, who's in a tough re-election fight. Their relationship was strained, particularly after the fatal shooting of 24-year-old Jamar Clark during a confrontation with two white police officers in 2015. The black man's death, amid heightened tensions around the U.S., sparked protests citywide that included an 18-day occupation outside the police station on the city's north side. A U.S. Department of Justice review faulted poor communications between the mayor and the chief.

The chief and mayor butted heads again in April when Hodges blocked Harteau's promotion of Lt. John Delmonico to lead the Fourth Precinct, after the chief had already made the public announcement. Delmonico had been a critic of Hodges when he headed the police union.

And it didn't help that Harteau was out of town when Damond was killed. Harteau, who said she was backpacking in an area with limited cellphone reception, told reporters Thursday that it would have been "challenging" to return but that she had kept in touch with her command staff.

Harteau and her longtime patrol partner, Holly Keegel, were featured in a 1990 episode of the reality TV series "Cops." The partners endured years of harassment from some male colleagues, and it escalated to the point where they felt endangered because they weren't getting help when they would call for backup. The Minnesota Department of Human Rights upheld their discrimination and sexual harassment complaint, which led to changes in training and to discipline against some officers.

Harteau and Keegel got married in 2013 after gay marriage became legal in Minnesota. Harteau told the Star Tribune a year later that they had separated amid the strains of her being chief.

The chief was honored as grand marshal of the city's annual Pride Parade three years ago. But she found herself on the defensive in June when organizers asked law enforcement to minimize their participation due to tensions over the recent acquittal of St. Anthony police officer Jeronimo Yanez in the fatal shooting of another black man, Philando Castile, in the St. Paul suburb of Falcon Heights last summer.

She said she was "beyond disappointed" that she was not consulted beforehand, but later persuaded the organizers to welcome LGBT officers after all.

Sign up for the AP's weekly newsletter showcasing our best reporting from the Midwest and Texas: http://apne.ws/2u1RMfv .