Michael Alexander Brown is charged with second-degree murder in the alleged killing of his mother’s boyfriend, who was found dead on Nov. 9.

ROANOKE, Va. - A Marine deserter wanted in the fatal shooting of his mother’s boyfriend was captured Wednesday after a weekslong, multi-state manhunt that had schools and neighborhoods on alert in southwest Virginia.

Michael Alexander Brown, 22, was arrested inside his mother’s home, the same place where the killing happened nearly three weeks ago, Sheriff W. Q. "Bill" Overton Jr. said at a press conference. Brown was taken into custody “without incident” and appeared to be in “fine” condition, Overton said.

Brown is charged with second-degree murder in the alleged killing of his mother’s boyfriend, Rodney Wilfred Brown, who was found dead on Nov. 9 in Hardy — located about 9 miles east of Roanoke. 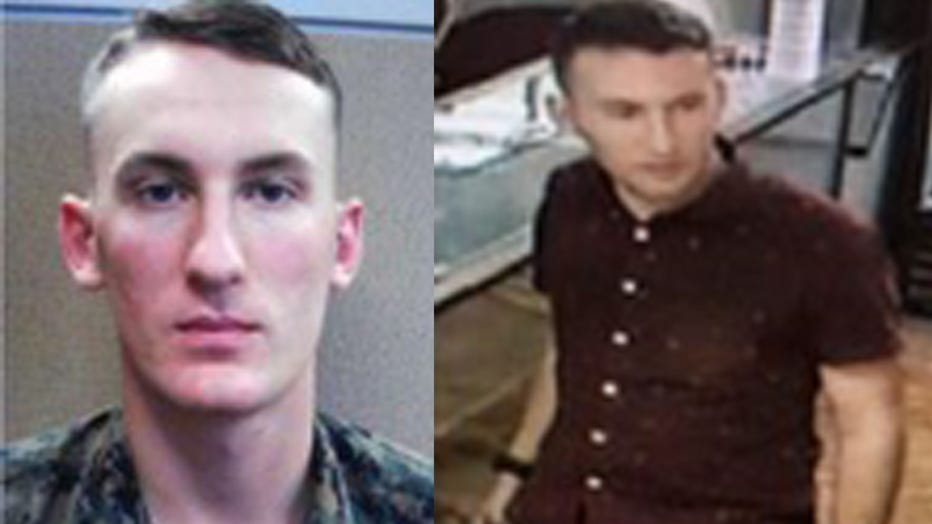 The Marine’s mother told investigators she saw her son kill her boyfriend, according to a criminal complaint filed in U.S. District Court. She also identified the getaway vehicle, which was later found in South Carolina, hours southwest of Camp Lejeune in North Carolina, where her son had been stationed.

Investigators think he later drove a recreational vehicle to Roanoke and tried to contact his grandmother. Police spotted the camper and used an armored vehicle to destroy it before discovering that Brown was not inside.

With a suspect considered armed and dangerous thought to be loose in the area, schools in Roanoke closed for a day and residents were warned to lock their doors and windows.

According to the sheriff’s office, Brown deserted his post at Camp Lejeune, where he served as a combat engineer, in October and was then seen in and around Franklin County. He was known to live in the woods and frequent national parks and forests, the sheriff’s office said.

In an interview with a local TV station, Brown’s mother and grandmother had pleaded for him to turn himself in.

The sheriff’s office has said a motive in the killing is unclear. Authorities declined to answer questions Wednesday about the homicide investigation.

The attorney listed for Brown in court records could not immediately be reached. Brown was being booked Wednesday morning and will eventually appear in court in Franklin County, Overton said.

Brown was previously placed on the FBI’s most wanted list.