A regional approach to crimefighting

Chairpersons from Clayton, Cobb, DeKalb, Fulton and Gwinnett met to discuss policies in their respective county and how the other jurisdictions can use that strategy when addressing crime as well as how a regional approach is vital to making communities safe.

ATLANTA - Some metro Atlanta policymakers hope a regional approach will be the key to tackle violence.

The chairpersons met Friday to discuss efforts to advance public safety and address crime which they said is their top problem.

The chairpersons said the number one problem they're all facing right now is a rise in crime.

"The thugs, the criminals, the bad guys, they don't recognize boundaries when they're going to commit a crime," Fulton County Chairman Robb Pitts detailed.

Chairpersons from Clayton, Cobb, DeKalb, Fulton, and Gwinnett met to discuss policies in their respective county and how the other jurisdictions can use that strategy when addressing crime as well as how a regional approach is vital to making communities safe.

"One example we spoke about today was a real time crime center and the fact that some of us are using technology to better respond to crime and that's something we can share as an effort across jurisdictions," Cobb County Chairwoman Lisa Cupid explained.

Pitts went on to say that "we want to put the resources and policies in place to assist the professionals and that's what we talked about today."

The elected leaders say the Atlanta Regional Commission conducted a 2021 Atlanta Speaks survey that identified crime and safety as a concern for 32% of residents in metro Atlanta, up from just 16% the year before.

"The bad guys couldn't care less about a county line or municipal boundary," DeKalb CEO Michael Thurmond detailed. "So we have to speak with one voice and use whatever resource collectively to keep the metro Atlanta region safe." 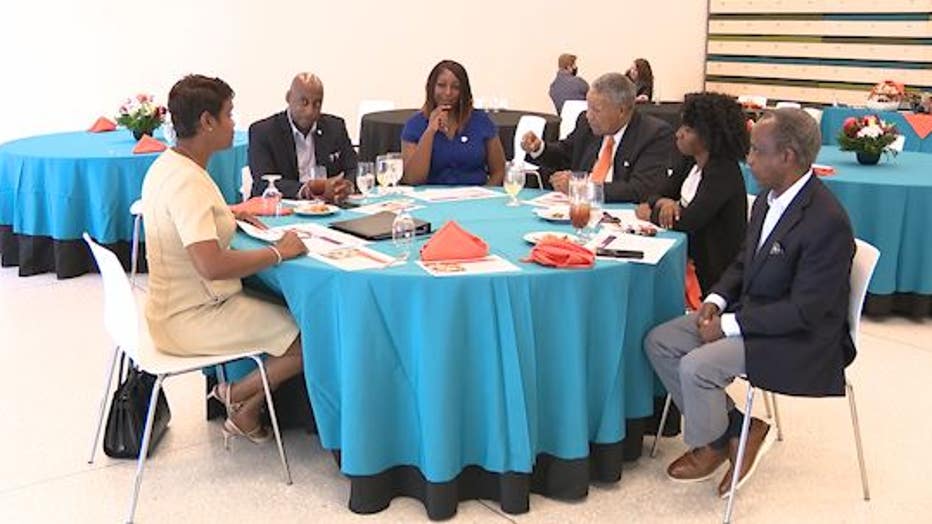 "One of the contributors to the rise in crime and that is the pandemic and the change of the support network that our community has, in particular that our young people have, and we talked about having a summit," Cupid detailed.

These leaders also hit on policies that would focus on taking criminalization out of mental health as well as managing the inequity when it comes to pay for metro Atlanta law enforcement.

"Why should somebody who is making let's say 40, 50,000 in Clayton County get the same pay as somebody in a population of 800 to a million people," Clayton County Chairman Jeffrey Turner  questioned. "So there are some things you've got to work through, but there is a need to level out the inequity."

These leaders believe a collective effort amongst them and a partnership with police is vital to get this problem under control. They're also working on summer programs to makes sure young people are being productive during the upcoming months.