Mercedes-Benz Stadium is opening up COVID-19 vaccine appointments as early as 7 a.m. on some days and as late as 10 p.m. on others.

ATLANTA - When you're booking your COVID-19 vaccination appointment at Atlanta's Mercedes-Benz Stadium, you may notice some unconventional time slots.

Shots are now going into Georgians' arms as late as 10 p.m.

"We were driving around because we saw the parking lot was full, and we were like, 'Oh no what are we going to do?'" Martha Daniels said.

Rushing from work, Daniels nearly missed her vaccination appointment at the stadium.

"We actually had to take off a little early from work to get here by 6 and we were still running late," she said.

MORE: CDC Director warns US could be hit with a fourth wave of the pandemic

It was the same with Jeff Culpepper, who squeezed in as the final appointments wrapped up for the day.

"I work restaurant so I don’t work a consistent schedule," Culpepper said. 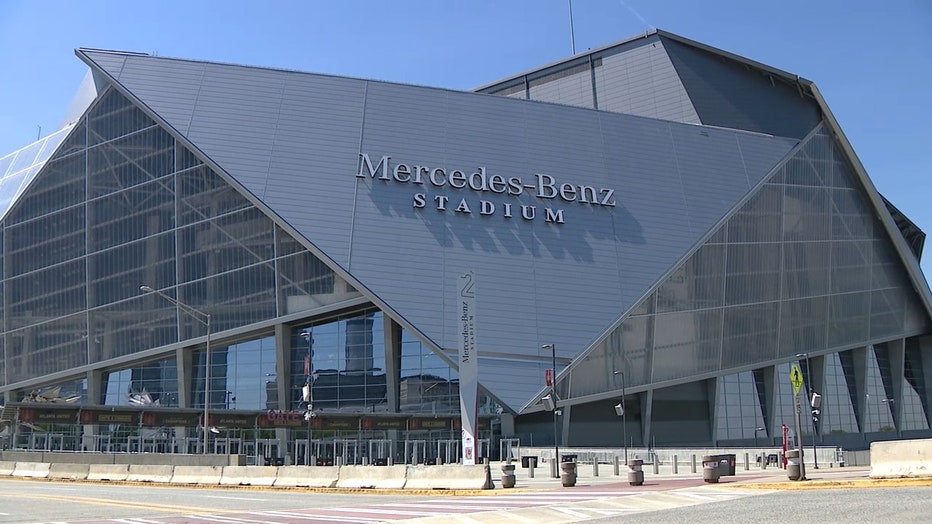 Such close calls prompted the Southeast's largest vaccination site to expand its hours, opening up appointments as early as 7 a.m. on some days and as late as 10 p.m. on others.

"That’s why we went ahead and said 'Hey, let's flip the script. Let’s go late at night. Let's be able to accomplish something that no other place that we’re aware is doing right around here and get those nontraditional hours,'"  said Matthew Kallmyer, director of the Atlanta-Fulton County Emergency Management Agency.

Kallmyer says it's part of a broader effort to improve accessibility, pointing to the site's proximity to public transportation, free parking, and now, extended hours.

"We just don’t want anyone to go, ‘I can’t it because of…’ so if we can just remove a couple of those statements, we can go ahead and move the needle, for lack of a better word, for people to get the vaccine," he said.

Yolanda Miller's son will be one of the first Georgians to take advantage of the late-night offerings, as he juggles an unconventional schedule.

"Getting the shot doesn’t interfere with having to take time off from either work or school," she said.

She and Randy Miller say because of the expanding hours, they'll be able to come back as a family for round two and maybe return a third time in the near future for something unrelated to the virus.

Kallmyer says this is an evolving operation, so while appointments may appear booked online sometimes, he encourages people to check back.

They're adding additional slots as they move along each day, getting closer to the goal of 210,000 vaccinations at the stadium by mid-May.

You can schedule an appointment online using the Georgia Department of Public Health's COVID-19 vaccine appointment tool or by calling (888) 457-0186.