The Wendy's where Rayshard Brooks was killed was demolished on Tuesday.

ATLANTA - Mayor Keisha Lance Bottoms said she has had to veto recent action taken by the Atlanta City Council to overhaul the city’s police policies in the wake of the Rayshard Brooks shooting death due to a procedural issue.

In a statement from the mayor's office sent to FOX 5 early Wednesday evening, Bottoms stated she asked council members to sustain her veto so the city’s “actions remain in compliance with the Georgia Constitution.” The statement explained because the use of force policy for police came across her desk as an ordinance, it could be vulnerable to a constitutional challenge. 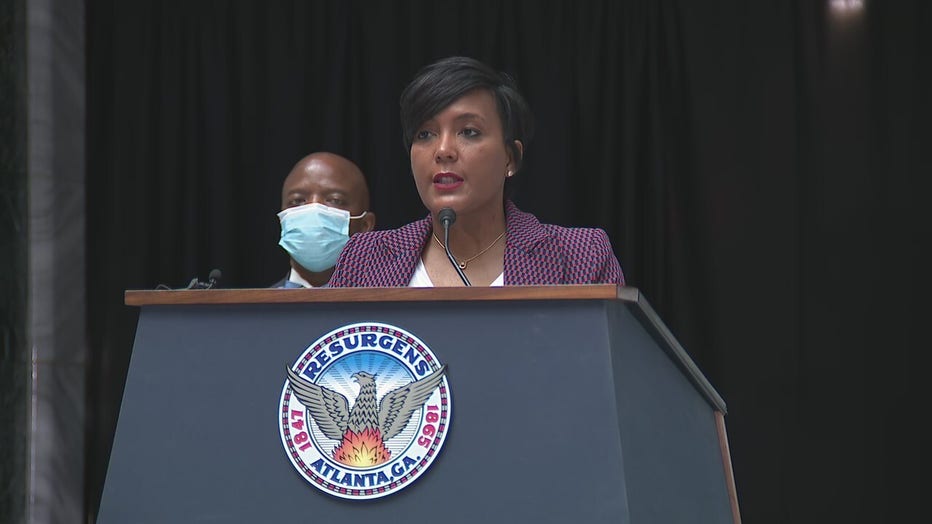 The mayor said the council should have taken action through the use of a resolution instead of an ordinance.

“As the City evaluates and implements use of force reform, we must do so in a deliberate manner devoid of constitutional controversy,” Mayor Bottoms was quoted as saying. “This Administration has taken a series of swift yet thoughtful actions to modernize our law enforcement policies and procedures. This veto is not against the spirit of the Ordinance, but rather a needed measure to prevent the City from taking actions that are already underway and enacting laws that are subject to unnecessary legal challenge.”

The city council's action called for changes to the police’s use of force policy to implement eight key principals.

The mayor in June signed a series of administrative orders to reform the use of force within the Atlanta Police Department. Those actions included establishing an advisory council to make recommendations for reform.

The advisory council was asked to review everything from body cameras to the citizen’s review board to standard operating procedures.