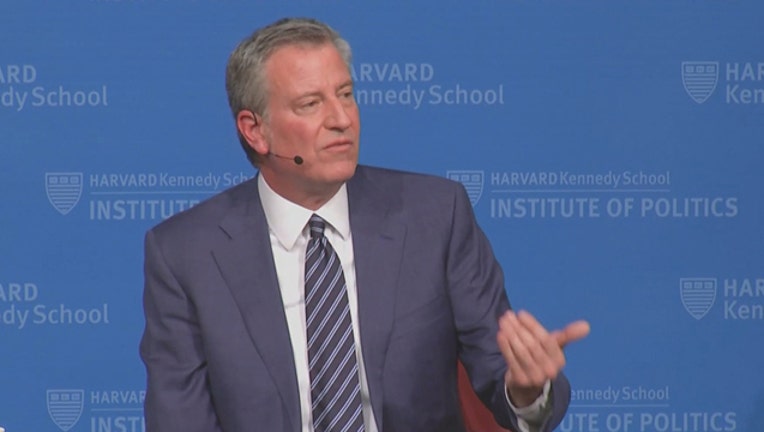 De Blasio is scheduled to appear on ABC's "Good Morning America" on Thursday morning. A spokeswoman says he will travel to Iowa later Thursday and will hold events in that state Friday and in South Carolina on Saturday.

The spokeswoman, Olivia Lapeyrolerie, declined to confirm Wednesday that de Blasio is entering the race.

But the mayor has been saying publicly for months that he's considering a run and has said that he will announce his decision this week.

He made several previous campaign-style trips to states expected to play a role in the Democratic nominating process.

So far, his potential candidacy has generated little enthusiasm from hometown constituents.

De Blasio has remained undaunted by the obstacles and said he believes he has a message that can resonate with Americans.

On Monday, de Blasio seemed to be laying the groundwork for an announcement by holding a news conference in the lobby of Trump Tower to blame the skyscraper for contributing to air pollution.

But the attention-grabbing location also drew supporters of President Donald Trump who jeered and heckled the mayor as he hollered to make himself heard. Afterward, de Blasio exchanged insults on Twitter with the president's son Eric Trump, who called the news conference "childish."

By joining the race, de Blasio could hope to claim a role on the national stage that has eluded him as mayor.

When he took office in 2014, de Blasio seemed briefly poised to become a leading voice for an emerging left wing of the Democratic Party.

But liberal enthusiasm faded over his first term, partly because of political missteps at home and the emergence of bigger names elsewhere. He could face obstacles trying to distinguish himself in a crowded field.