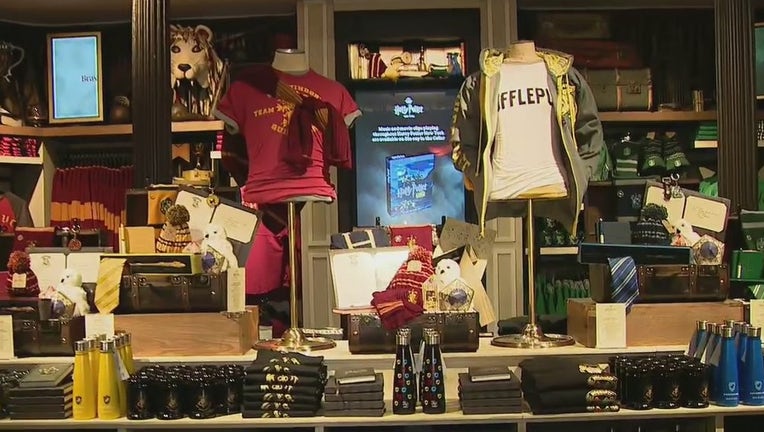 NEW YORK - The NYPD was investigating a shooting at the Harry Potter store in the Flatiron District.

A masked gunman approached the store at about 2:55 a.m. Friday and fired into the glass door, according to cops.

A security guard told police he heard a commotion at the rear of the flagship location on Broadway when the gunman, pressed up to the window said: "what's up now?" before firing multiple shots.

The security guard took cover as the glass shattered.

Two witnesses in a nearby building on Fifth Ave.  told police they saw the suspect get out of a black Mercedes Benz, wearing a ski mask and carrying a gun.

The suspect took off in the vehicle. No description was given of the gunman. No injuries were reported.

The Harry Potter store at 935 Broadway opened in June. The three-story, 20,000 square ft. establishment is packed with all-things-Potter and Fantastic Beats from exclusive New York products, to personalized wands, candies, and a Butterbeer hall.

Go inside the Harry Potter store