Man claims he was assaulted by boy selling water

A man claimes he was assaulted by a boy selling water in Buckhead.

ATLANTA - There have been complaints about young men who hang around intersections throughout Atlanta trying to sell bottles of water. One man says he encountered one young man who was very aggressive.

Jack Wissner says he was at the red light at Peachtree Road and Piedmont in Buckhead Wednesday night when he was approached by some young men selling water. Wissman says he's seen it before, but this time, one young man pointed at his car, another one ran around it. Wissner thought it was strange, so he picked up his phone and turned on the video camera. Wissner has a video of a young man throwing a bottle at his window after he refused to buy water.  Stunned by the boy's actions, Wissner reported it to the police.

"If those are the lessons we're teaching our kids, that you can go and sell something and if they decline you can assault them and there's no consequences, then I shudder to think what's going to happen when the kid grows up," said Wissner. 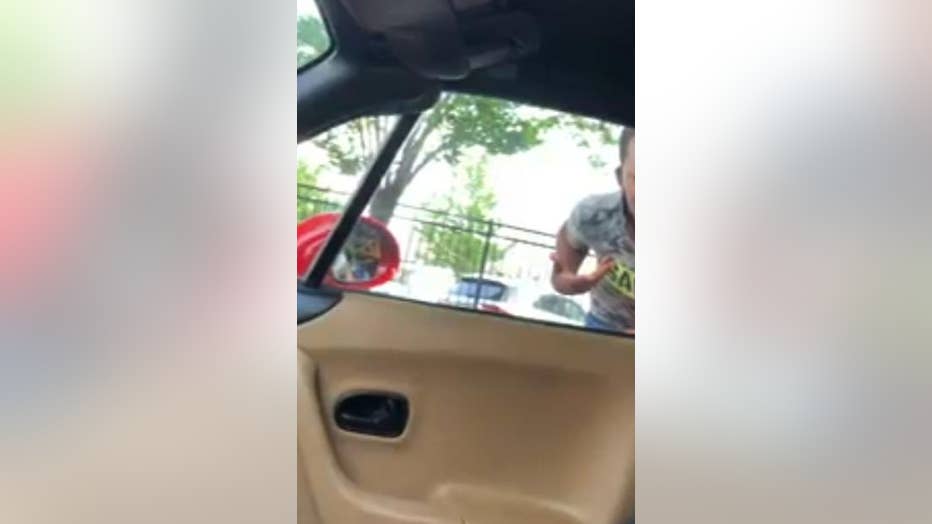 An image from video shot by Jack Wissner of an encounter with a street vendor at the red light at Peachtree Road and Piedmont in Buckhead on July 1, 2020. (Courtesy: Jack Wissner)

There have been other complaints about the so-called bottle boys, the young men who buy a case of water then sell it along the side of the road. Several weeks ago, they were the topic of discussion at an Atlanta City meeting.

Once councilwoman said she's had received numerous complaints about the young men being aggressive. While everyone agreed it's dangerous when they dart in and out of traffic, some said they're just trying to make a few bucks.

Wissner doesn't think the boy who threw the bottle at his car should be arrested, but he says he does need to learn a simple lesson.

"Stop the aggression, stop the assault and it's all good, I'll buy your water," said Wissner.