Authorities have released dash cam video that shows a man jumping off Interstate 85 in Atlanta in order to avoid officers.

ATLANTA - UPDATE: A man who jumped off I-85 to avoid police capture is in custody, according to Atlanta Police. Details here.

MAN WHO JUMPED INTERSTATE TO AVOID CAPTURE IN CUSTODY

It all started with Atlanta police running radar on the side of the road. An officer caught a speeder, then jumped in his patrol car.

Shortly after, police spotted a crashed Infinity sedan and a man running down Interstate 85. Officers said the man jumped over the side of the barrier, an approximately 40-foot drop, and they still haven't caught up with him. 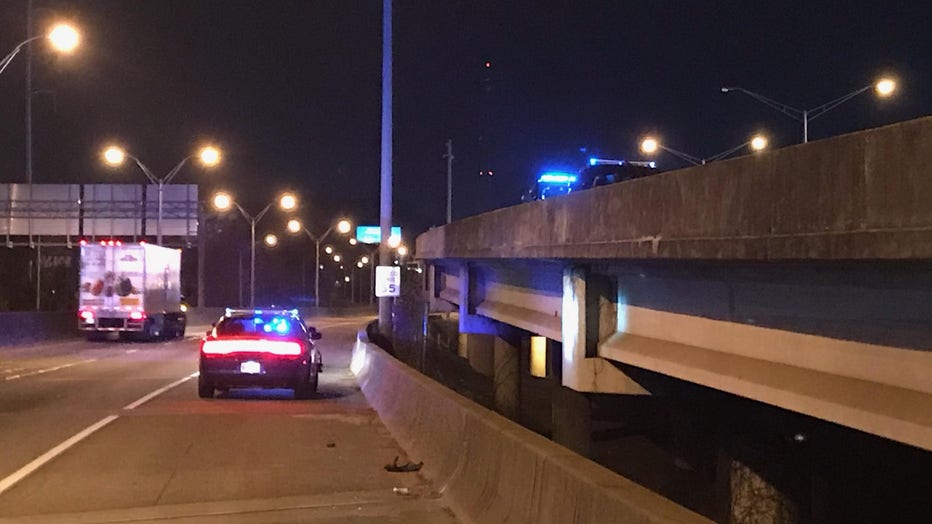 Police said the man got up after jumping and ran into the woods. Officers eventually got down there and found a gun as well as a small number of narcotics inside the vehicle.

According to police, the Infinity wasn't the intended speeder police were initially after.