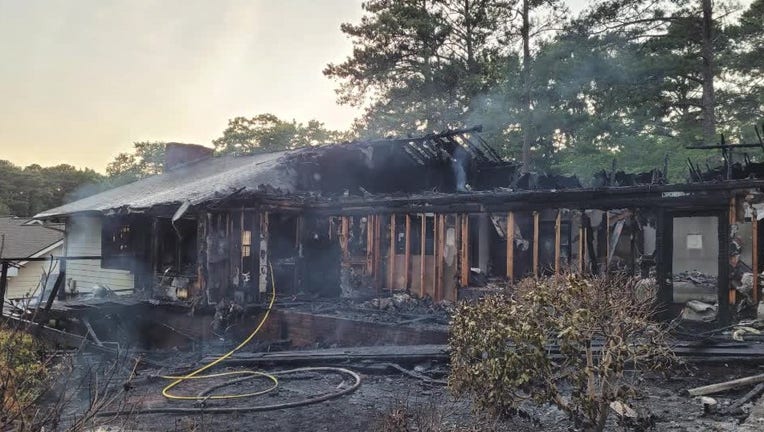 GWINNETT COUNTY, Ga. - Firefighters are investigating the cause of a blaze that destroyed a Gwinnett County home Sunday night.

Fire officials say they responded to a home on the 1500 block of Ridgewood Drive after a neighbor reported seeing smoke coming out of a nearby home.

At the scene, fire crews found the single-story home covered with heavy flames. After using multiple hoses for around 50 minutes, the crews were able to get the fire under control.

The home was extensively damaged, but the fire was not able to spread to nearby homes.

The man who lived in the home was able to escape the fire after smelling smoke. He was not injured in his escape.

Investigators believe the fire started at the back of the home and are working to determine the cause.