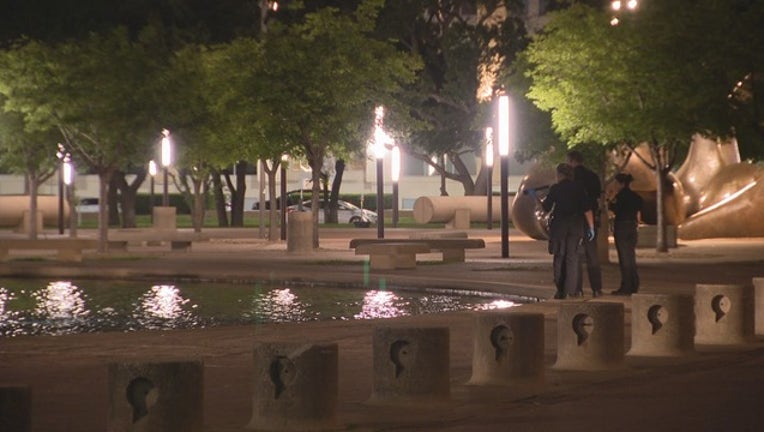 DALLAS - A man was pronounced dead after jumping into the fountain in front of Dallas City Hall late Friday night.

Police say this happened just before midnight, when a man who appeared to be in his 30s parked his scooter near the Dallas City Hall fountain, and then jumped in.

The man never resurfaced, and Dallas Fire-Rescue responded and recovered the body.

The man, who has not been identified, was pronounced dead at the scene.

According to police, this is classified as an unexplained death at this time.

No further details have been released at this time.