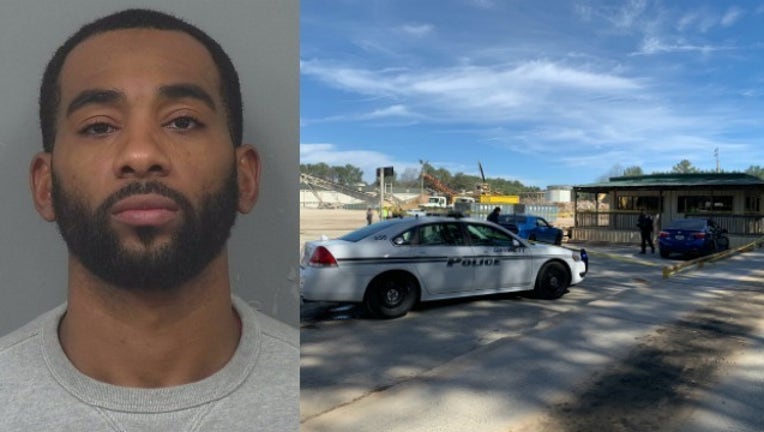 GWINNETT COUNTY, Ga. (FOX 5 Atlanta) - A man has been charged with murder after a victim died in a road rage shooting that happened in Gwinnett County last month.

Jamarsa Williams, 31, turned himself into the Gwinnett County Jail around 5 p.m. Wednesday. He's been charged with felony murder for the death of 59-year-old James Gilliland, of Dallas.

Last month, on February 8, Gwinnett County police said Williams followed the driver of a commercial vehicle to the parking lot of Metro Green Recycling at 4351 Pleasantdale Road around 11:30 a.m. because some debris came from the truck. While the truck pulled onto the scales at the facility, police said Williams parked his blue Challenger in front of the control booth.

Police said Gilliland was able to get back into his vehicle and pull a short distance away until police and emergency officials arrived. Williams placed the gun on the hood of his car and waited for officers to arrive, police said.

Williams was immediately taken into custody.

Gilliland was taken to an area hospital to treat his injuries. He died nearly a month later on March 3 at the hospital.