A man was caught on camera trying to steal a roofer's truck.

ATLANTA - Security cameras caught a man trying to steal a contractor's truck right in front of him in Atlanta.

The brazen attempted theft happened in the middle of the day Wednesday, May 11 at a home on Rocky Ford Road in northeast Atlanta.

The Kirkwood homeowners told FOX 5's Christopher King that they couldn't believe what they were seeing.

"It was very brazen," Rebecca Jackson said. "He was very bold without really any worries about consequences."

Security footage showed a man wearing a brown T-shirt and red pants walk through Rebecca and Carnese Jackson's yard as contractors work on their roof. 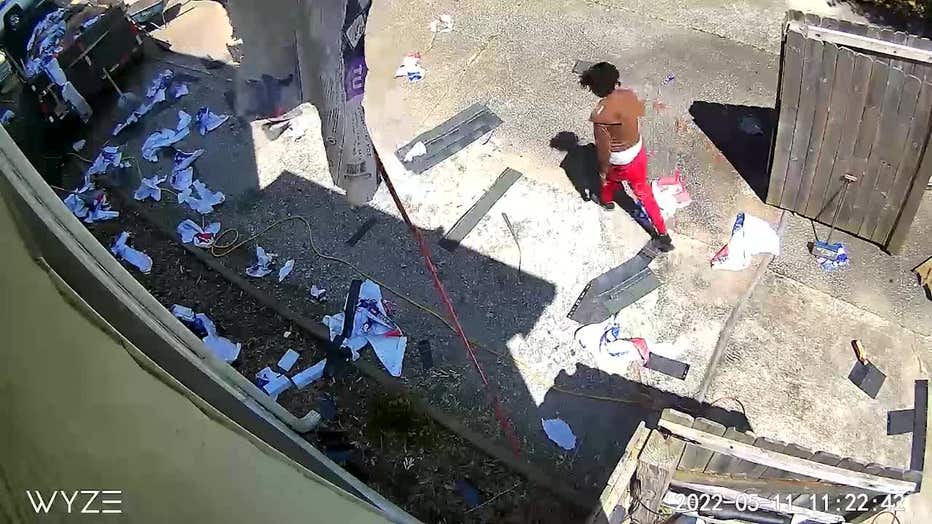 "He just cruised down our driveway like he lived here," Rebecca Jackson said.

The man walked out of frame up to a white pick-up truck and gets in while contractors work all around him.

"We had easily eight or 10 workmen on our roof and in the yard," Rebecca Jackson said. "The neighbors had a crew of landscapers – probably the same number of people."

The footage shows the roofers, unaware someone was trying to steal the vehicle. A couple of minutes later, the contractors realize what is happening.

"He runs toward to the truck to get the of the truck, reaches through, grabs the guy, and pulls him through the window by his hair," Carnese Jackson said. 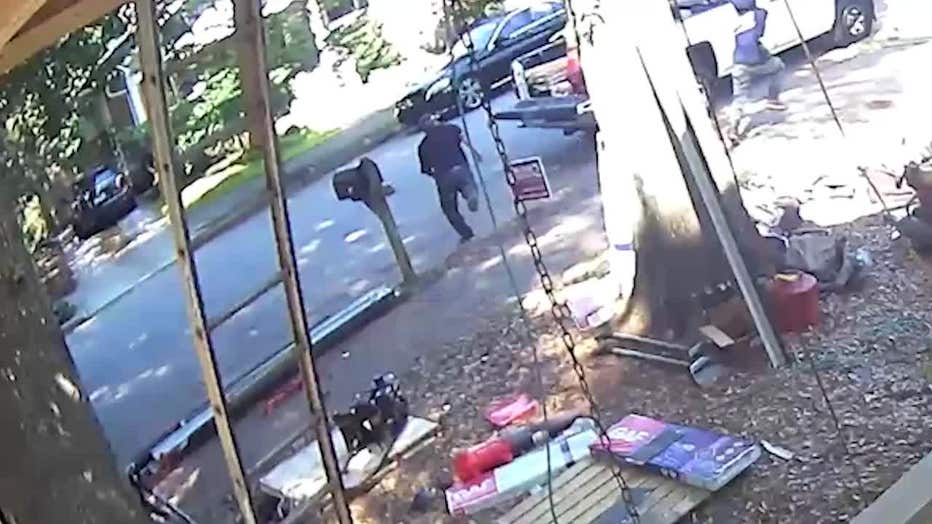 Neighbors told the couple that the same man recently stole at least one other contractor's truck in their neighborhood.

"He's a danger to people around here," she said. "It's not fair that someone like that can terrorize us." 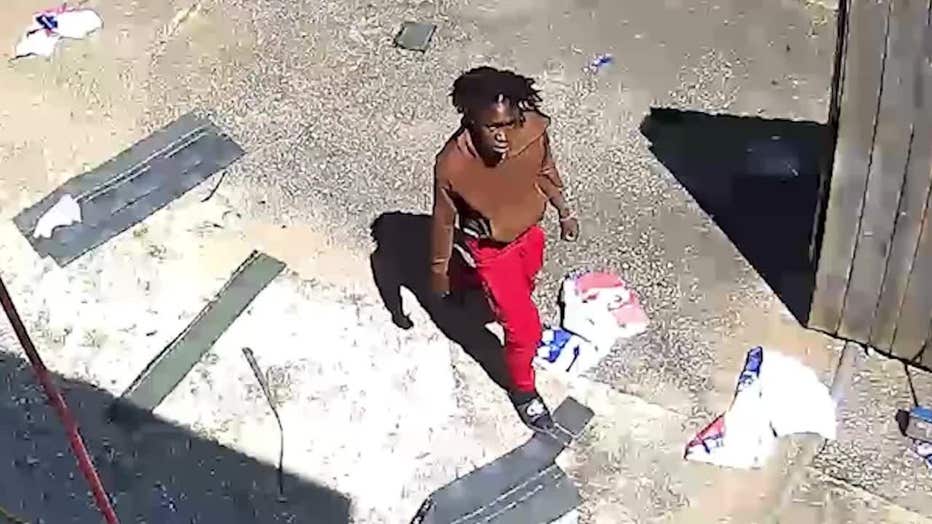 FOX 5 asked the APD if this attempted theft is connected to thefts of other contractors' trucks in the area. They say they'll get back to the station.